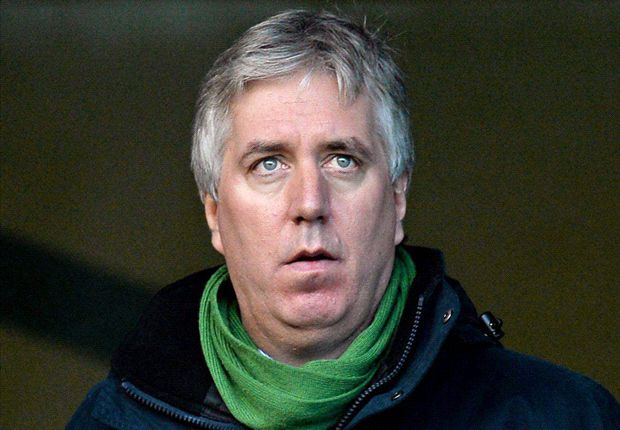 FOOTBALL FANS are gaining a detailed insight into John Delaney’s tenure as FAI head honcho through the shocking, revelation-filled book ‘Champagne Football: The Rise and Fall of John Delaney and the Football Association of Ireland’ by Sunday Times journalists Mark Tighe and Mark Rowan.

Before purchasing the book, WWN is happy to give you an insight into some of the more jaw dropping elements contained within its pages:

While Delaney denies the claim in the book; he is alleged to have traveled to Turkey for surgery which left him with a neck like a jockey’s bollox.

Some of the rumours relating to Delaney have proven a case of ‘too good to be true’, the book rubbishes claims Delaney had a 20ft gold statue of himself installed at Abbotstown. It was only 12ft tall.

An impressive operator at UEFA and FIFA levels of the game, Delaney learned the words ‘money’ and ‘don’t worry the FAI will pick up the bill’ in 17 different languages.

The revelation that the cash-strapped FAI were paying Delaney’s €3,000 a month rent came with an even more disturbing divulgence; each of room in the house in question was fitted with a bidet made to look like Delaney’s own face.

Delaney spent thousands of euro on therapy after he developed an irrational fear of tennis balls, a fear sparked up when Irish fans protested his reign by throwing tennis balls onto the Aviva pitch.

A known waffler who exaggerated in front of others in a desperate bid to liked, Delaney claimed to have played the bass on Put ‘Em Under Pressure, invented the Mars bar and to have been Pierce Brosnan’s stunt double during the actor’s time as James Bond.

Enjoying a cosy relationship with certain football journalists, Delaney paid papers extra if they mentioned that he had girlfriend in articles about him.

We learn from the book that Delaney would regularly record positive affirmations into a dictaphone and play them out loud when he was in need of a confidence boost, the most popular affirmation proving to be “don’t listen to them John, your head doesn’t look like a burst scrotum wearing an ill fitting wig”.

Early indications from the book’s publisher is that they will not fit the bill for any medical costs associated with people’s blood pressure hitting the roof as they read through the chapters.

The details within the book have led to Denis O’Brien’s infamous quote that Delaney could ‘run any organisation in the world’ being rated as “the height of bolloxology”.