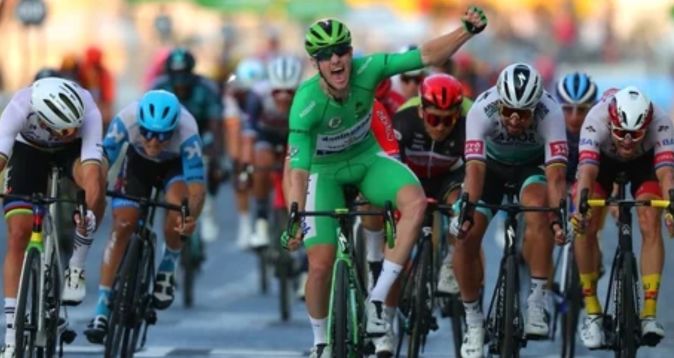 ONE of the Bennetts from Carrick-On-Suir was all over the internet yesterday, posting videos of himself at some big cycling event in France without a care in the world for the sacrifices made by front line workers, according to disgruntled Waterford natives.

Many begrudging Waterford people have expressed disgust at this blatant breaking of Covid-19 guidelines, although most have added that they ‘wouldn’t expect anything else from a Tipp man’.

France, not on any Green List for travel that WWN is aware of, have yet to be admonished for holding the event, but many Waterford people are stating that it was ‘an awful carry on to be at’, and it was incredible that Sam Bennett managed to cycle 3470km without even one Garda car pulling him over.

“Did you see the video of him crossing the finish line in first place ahead of dozens of riders, so much for social distancing, eh?” gave one Waterford man, who has yet to meet a person from Tipperary that you could say anything good about, “Waterford cyclists could have won that if they wanted to, they just didn’t want to break lockdown restrictions, that’s all”.

Bennett follows in the footsteps of fellow townsman Sean Kelly, who won nine monument classics, and 193 professional races in total, something jealous rivals have put down to ‘wanting to cycle the hell out of Carrick as quickly as possible from a young age’.