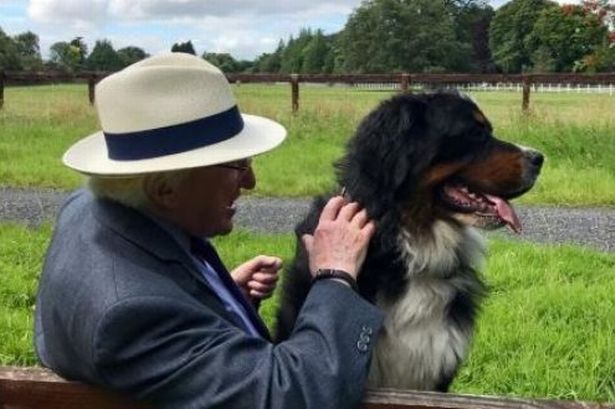 WEARING an intense scowl across its brow, knife between its teeth and vowing revenge, Ireland has told the year 2020 it has ‘gone too fucking far this time’ and has ‘picked the wrong fucking country to mess with at the wrong time’ after news of Michael D Higgins’ dog Síoda passing away.

“Prepare to feel a pain so great you wish you were only 250 days long, punk,” an intimidating Ireland directed at worst-year-in-living-memory, 2020.

Having failed to convince itself that Síoda has gone to live on a farm or faked her own death in order to go on covert undercover assassination missions for the army Irish, Ireland struggled to come to terms with a cruel twist of fate which was easily more heartbreaking than all global suffering to date this year.

“We can forgive a global pandemic which has killed a million people, a recession, being locked into our homes for God knows how long but you touch a hair on that dog’s head and make us picture Michael D being all sad and shit, well, pal, prepare to bleed,” Ireland confirmed, lunging at 2020.

“Why God, why,” added an anguished Ireland concluded, ripping the shirt from its chest, its knees sinking into the sodden turf sitting atop the Cliffs of Moher.

An unending period of national mourning has been declared and Síoda, was voted Good Girl of the year 9 years running by Dog International Magazine, will receive a full State funeral with Hozier slated to pen a song about her life. A 120 metre statue of Síoda has already replaced the Spire. The Irish issued Euro currency will now carry a portrait of the dog.