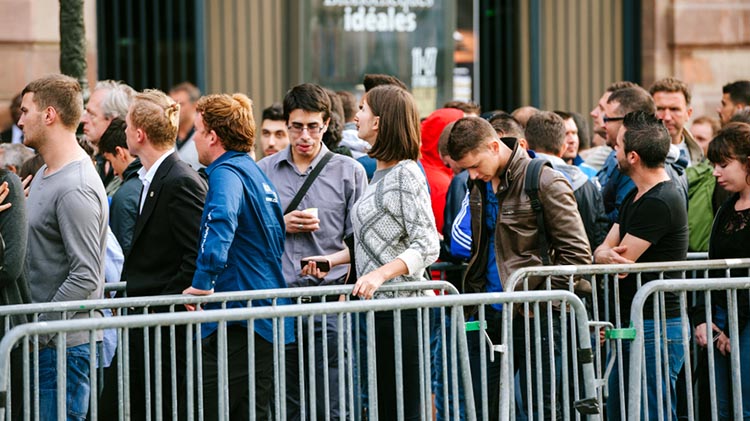 AA ROADWATCH are reporting a 10km tailback from all angles outside the Dáil as the country’s various and varied industries formed a neverending queue, each vying for attention and seeking to protest a lack of government support.

Fuming taxi drivers sat stationary in their vehicles as the arts industries struck up socially distant conversation with publicans, farmers and SMEs all exchanging similar stories about unanswered phone calls and being given promises emptier than an ATM that’s just had a visit from a JCB.

“Just take a ticket number and wait like him,” explained a government official while pointing to the mummified remains of a rural ‘wet pub’ owner, clutching a ticket marked ‘#1’ his hand first gripped some six months after he began waiting patiently at the top of the queue.

“The quicker you form an orderly queue, the quicker we can issue you all with same sounding statement about how ‘supports are available’,” barked the official from a megaphone as he tried to disperse a hoard of enraged business owners with a sustained torrent of hand sanitiser being fed through a fire hose.

Many industries have spoken of how relevant government departments have failed to engage with them on the help they need, resulting in current supports so flimsy they might as well be made of wet tissue and built on top of quicksand.

“Yeah, yeah, alright, nice try we heard that from the restaurant industry but it’s flying it now,” explained the official, unaware that following news dining in indoors settings will set to be banned in Dublin for 3 weeks, restaurateurs had joined the back of the intimidatingly long queue.