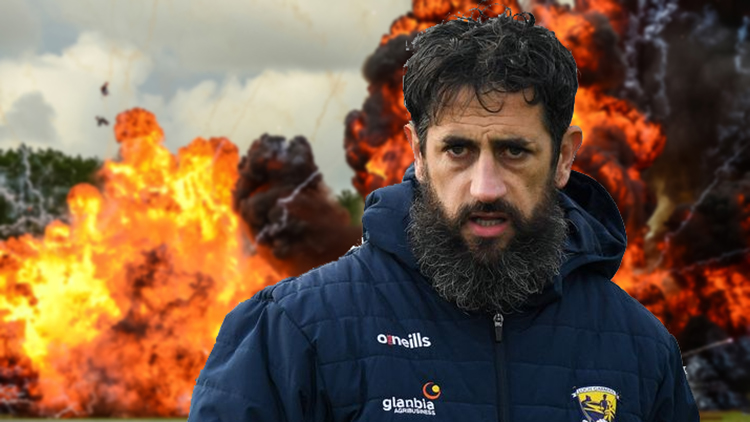 GAA maverick Paul Galvin has sensationally stepped down from his Wexford Senior managerial role, having walked into a board of management meeting full of top brass and thrown his badge and his gun across the desk at them.

The 40-year-old Kerry legend then leaped through a plate glass while clutching a firehose, allowing him to swing through another plate glass window two stories down, calmly brushing debris off the shoulder of his Armani suit jacket as he composed himself and strolled past an awestruck U21 team who were preparing to take to the pitch.

An ice-cool Galvin was then spotted walking to his car in the grounds of Wexford Park, casually putting on his sunglasses, seemingly oblivious to the towering fireballs that were erupting behind him, blowing out the windows of every car except his.

Meanwhile, a furious Wexford spokesperson speaking from a cigar-smoke filled lair stated that Galvin ‘must be crazy if he thinks this is the end of things’, vowing to ‘make sure Galvin pays for this, somehow, some way, some day soon!’.

Galvin was said to have headed out West to concentrate on his family, his business, and ‘the quiet life’, with speculation that one day he may be drawn back into the world of inter-county Gaelic football for ‘one last job’, unlike a lot of former players who find themselves with ‘cushy desk jobs’ as pundits in RTÉ.