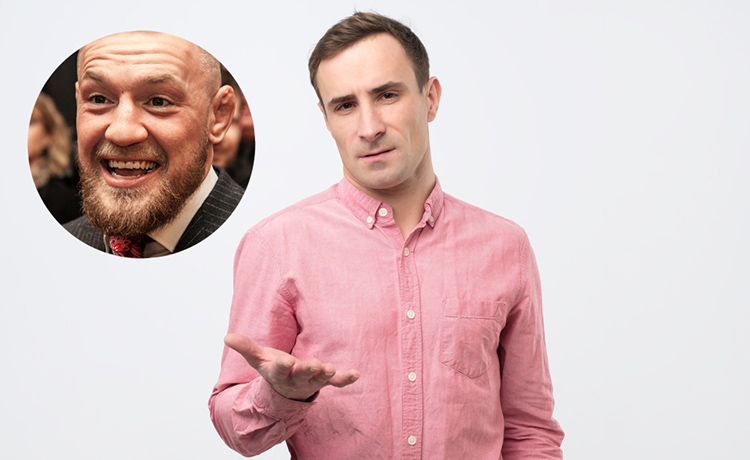 IN LIGHT of Conor McGregor’s latest arrest and release, this time in Corsica, by police investigating what his representatives have yet again described as a smoke without fire incident, the last remaining person willing to defend the former UFC champion that doesn’t directly benefit economically from him has been tracked down by WWN.

Kieran Fitzroy (29), has been handing out benefits of the doubt to the British fighter like a priest doling out communion at midnight mass on Christmas Eve ever since the first whiff of scandal engulfed McGregor’s career, and before you even tell him what it’s about this time Fitzroy can confirm she’s a lying bitch.

“He ‘did nothing’ lol. Ah sure look, he’s not fighting a’tall these days so it’s actually good to have something to cheer and support him over. And this way I don’t have to stay up til 4am watching his fights in Vegas, the fights with the law in Europe are better time difference wise.”

“Racism, xenophobia, homophobia, driving offences, physical assaults of auld lads and the other stuff I don’t feel comfortable saying out loud; it’s all a bit of a laugh at the end of the day. All victimless craic,” added Fitzroy.

The defend-him-til-I-die fan argues that McGregor’s standing has been unfairly tarnished by McGregor, and people shouldn’t be so quick to judge him on the things he does which most reasonable people and police forces find to be against the law, or on his shit whiskey.

“People have been asking me why I still defend him when it comes to this stuff, is it ‘cus I have a militantly sexist hatred for women or is it because I’m incredibly thick, and the answer to the question is: yes!”

In unrelated news, the Irish narcotics industry is unsure it will be able to continue at all if its best customer ends up in a foreign prison.