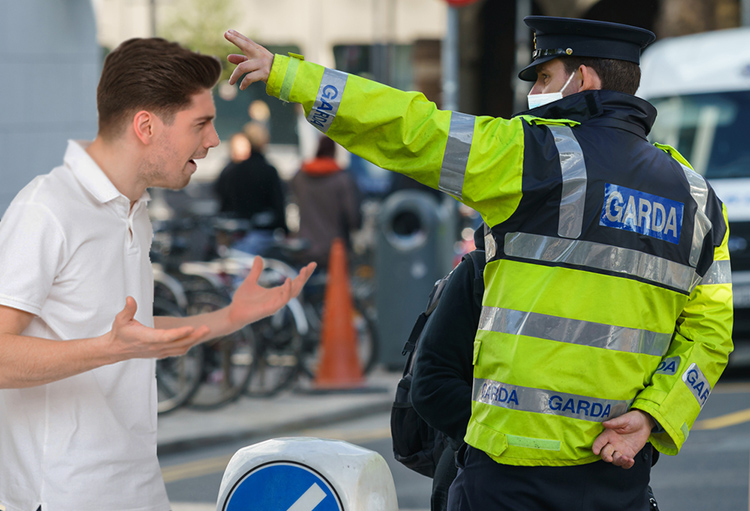 THE public have appealed to the Department Of Justice for greater clarity on Covid-19 enforcement protocols, following a number of incidents where mask-wearing midlands cops were heard to emit nothing but consonants while trying to break up house parties at the weekend.

“These lads were hard to understand on any given day, even before they were speaking through masks” explained a spokesperson for the All Cops Are Mumblers movement (ACAM).

“We run the risk of mass non-compliance simply because you have these rank-and-file guards trying to inform the public of which piece of legal legislation allows them to break up mass gatherings, and all the public can hear is ruhr-de-ruhr-de-ruhr-ruhr”.

The pleas come as cops increase their presence on the streets of Dublin in a bid to curb a rise in cases, with concerns growing that new guidelines will be ignored simply because Dubliners lack the ability to take a culchie seriously.

“We’re doing our best to get as many Dublin-born guards on Dublin streets as possible, but the numbers just aren’t there” explained a spokesperson for An Garda Síochána, we think.

“Traditionally, the guards is a job for people from the more rural parts of Ireland, and with that you get these thick bogger accents that Dubliners have grown immune to. You throw in a face mask and there’s absolutely no chance a Dub will do anything except say ‘ask me bollix’ when told to stay socially distanced by some young red-faced rookie from Athlone”.