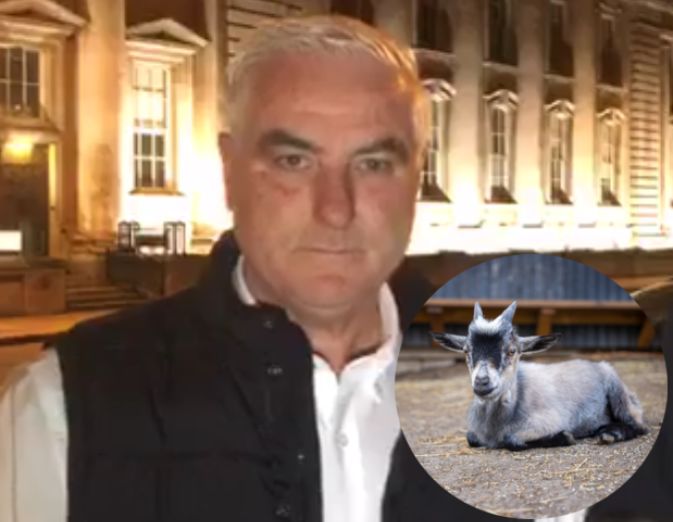 IN WHAT could be perceived as a cynical attempt to copy conspiracy style videos emanating from countries with large numbers of demented idiots, a video from an Irishman was circulated online recently in which he argued that Covid-19 was an overblown nonsense and the public is being duped as to the nature of the death toll.

Despite having the medical knowledge of a moldy carrot dropped in a blender, and an inferior understanding of data and statistics to that of a drunken illiterate squirrel, the man in the video claimed people weren’t really dying from Covid-19 at all.

And in fact, the only casualty of Covid-19 in Ireland so far has been a goat named Fergal.

“He went awful quick so he did,” confirmed Fergal’s owner, farmer Paddy Lacey in response to claims made online, “some would count him being paraplegic as an ‘underlying condition’ I suppose, and being vegan as a mental illness. But look it, while I’m sad about Fergal it’s nothing compared the grief felt by the people related to the near 1800 Irish people whose lives were cut short by Covid-19.”

Mr Lacey added that he urged people not to listen to ‘the likes of that aborted fart of a fucking eejit who thinks filming himself in front of Leinster House somehow means he has a PHD in immunology’.

Medical professionals have similarly cast doubts on videos of random men filming themselves talking shite in front of a camera with potential viewers urged not to presume an individual to be an authority on anything, but rather someone who has a lot of time on his hands now his kids don’t answer his phone calls anymore.

“Charlatans trying to convince you thinking Covid-19 is harmless because it only effects your neighbours, friends, family and coworkers who may be elderly, infirm or extremely unlucky may actually be suffering from an underlying lack of brain cells,” confirmed one medical professional, who if they have to respond to this sort of bullshit one more time, will scream.

CONCLUSION: The claim that the only Covid-19 related death in Ireland has been that of a paraplegic vegan goat named Fergal has been rated as ‘Jesus fucking Christ we need to improve the education system in Ireland’.