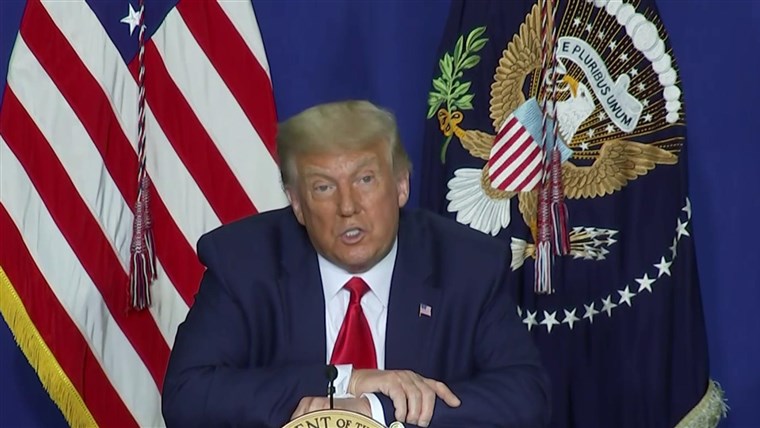 SWIFTLY bringing an end to accusations that he is pursuing a right-wing racist agenda President Donald Trump put on-the-fence voters at ease by rushing to defend a 17-year-old accused of gunning down two protesters in Kenosha, Wisconsin.

“You say ‘murderous white supremacist’ like it’s a bad thing” bristled a downright confused Trump, the lawlessness and disorder president who has in the past claimed he was ‘tough on crime’ a claim which now comes with the caveat ‘not when murders are carried out by my supporters or by police against minorities’.

Taking a break from claiming protesters are using the most lethal weapon known to man, cans of soup, to attack law enforcement personal, Trump rushed to the defence of murder accused teenager Kyle Rittenhouse nearly as quickly as he called for the death penalty for five innocent African American teenagers falsely accused and convicted in the 1989 Central Park jogger case.

“This is just typical of Joe Biden’s America,” confirmed actual current president of America for the last four years Donald Trump, standing amongst rubble and flames while ordering aides to begin fanning again.

Elsewhere, White House aides tried to shift focus off tweets sent by Trump in response to resurfaced reports that he had a secretive hospital stay in November 2019.

Aides turned attention away from Trump volunteering ‘I did not have a series of mini-strokes’ on Twitter and general questions about his health by stating “actually, the President is having a four-year long prolonged stroke, some are saying it’s the strongest stroke anyone has ever had, some are calling it patriotic too, it is the largest patriotic stroke on record. Mini-strokes are for losers.”