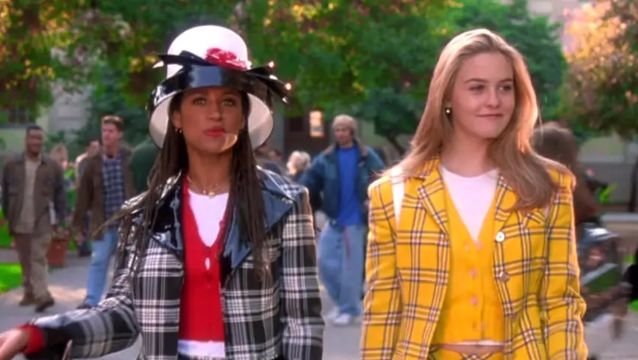 RUMBLINGS from Hollywood about a potential modern-day remake of the 90s classic ‘Clueless’ have been met with a resounding chorus of ‘no fucking way’ from a movie-loving community who feel that they’ve put up with enough of this kind of crap over the years, WWN can report.

Although the world has had to sit back and endure pointless remakes of classics for years’ the line has been drawn when it comes to the Alicia Silverstone starring high school comedy, itself a modern retelling of the Jane Austen novel Emma, with some moviegoers suggesting that they’d ‘happily go blind’ before they’d pay money to watch a markedly worse version of a movie they know word for word already.

In fact, the following Variety poll shows that when it comes to a remake of the 25-year-old classic, the world would rather:

– Hand over their Facebook passwords and their online banking login details to the Russian government
– Eat freshly-prepared Wuhan bat in a packed church in Texas
– Give a character witness statement for Ghislaine Maxwell
– Suggest that black lives don’t matter all that much
– Participate in a study of what footwear hurts most to get kicked in the balls with
– Cheer on the English football team during a penalty shootout
– Take a long bus ride with an aunt who read on Facebook that vaccinations are just dormant microchips waiting to get triggered by 5G
– Hunt for weapons of mass destruction in Iraq ‘in case we missed any’
– Vote for Kanye West in the upcoming presidential elections.

Nevertheless, studio execs are determined to press ahead with the remake, alongside Back To The Future, Die Hard, and anything else you hold dear in this cursed life.