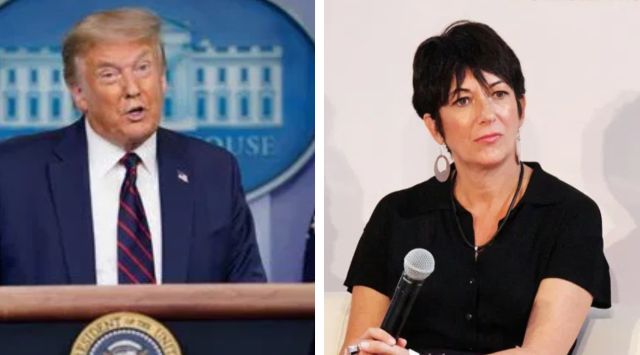 RETURNING TO giving Covid-19 press briefing and taking a break from using federal agents to violently crackdown on legitimate protests, US President Donald Trump offered the public a rare glimpse of his more human side by wishing notorious sex trafficker Ghislaine Maxwell well in her upcoming trial.

A surprising remark, the President extended the sort of empathy to Jeffrey Epstein’s accomplice which has been completely absent whenever the 140,000 US citizens and counting who have died from Covid-19 come up in conversation.

“In Ghislaine’s defence I’ve met her multiple times – she’s great, sex crimes aside, but I don’t know any of the 140,000 people who have died from Covid-19 so they could all be assholes for all I know,” stated the President.

Trump went on to confirm he places ‘serial child abuser’ very low on his Lock Her Up chant-o-meter, and considered it far less serious a crime than having emails.

“I think we’re seeing Donald show his caring side. No one could watch him wishing Ghislaine Maxwell, a woman accused of facilitating and orchestrating a sex trafficking ring, well in her upcoming trial and think ‘oh this guy’s a real piece of shit’, no, they’d be just astonished at how humane he is,” confirmed one member of the media, needlessly giving Trump the benefit of the doubt again.

“Sure, he called an NFL player kneeling in protest at police murdering African Americans a ‘son of a bitch’ but at least Americans know they have a president who would have some kind and encouraging sentiments to share with them if they did some sex trafficking,” they added.

White House aides denied responding “I wish her well, I know her well” to a question about an accused sex trafficker was a failing grade on any very basic cognitive ability tests Trump claims to have taken and aced.

Trump concluded his press briefing by paraphrasing infamous comments he made about John McCain’s capture during the Vietnam War by stating “you know how I like my sex traffickers who can implicate powerful men in powerful positions? I like them mute”.