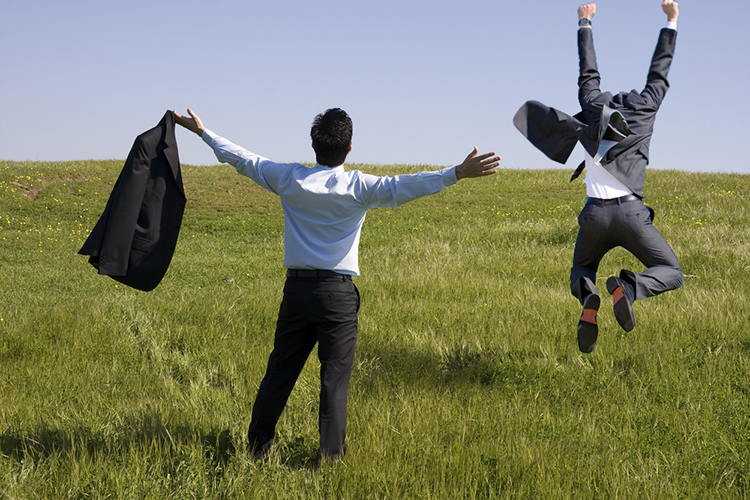 “ALL weekend long, I’ve just had ‘Fiesta’ by The Pogues playing at full blast” beamed a jubilant Simon Harris, his youth flushing back to his cheeks for the first time since taking up the position of Minister For Health in 2016.

“Same here, except I was pumping out ‘Sandstorm’ by Darude” giggled former Minister For Housing Eoghan Murphy, while tying his tie around his head as if it was half three in the morning at the afters of a wedding. “Let’s go fucking mental Si!”.

Although currently in ‘fine form’, both Murphy and Harris had a tense number of weeks as they wondered if the newly-formed government would mean they would have to remain on in their jobs in Health and Housing, before learning at the weekend that those portfolios had passed to Fianna Fáil’s Darragh O’Brien and Stephen Donnelly respectively.

Murphy and Harris, having accomplished all they set out to do in their ministerial roles, had spent the morning kicking their heels through the flowerbeds in Merrion Square park following the news, before being last spotted on a DART heading to Portmarnock beach with a bag full of cans and two chicken fillet rolls for their lunch.

“Thanks again lads!” shouted the nation as the pair headed off for a well-earned, much-deserved break from their years of turning bad-sounding figures into good-sounding figures, for precious little thanks.

Meanwhile, the Green Party’s Catherine Martin has been left wondering ‘who the hell she pissed off’ after being appointed as Minister for Culture, Arts, Media, Tourism and Sport.