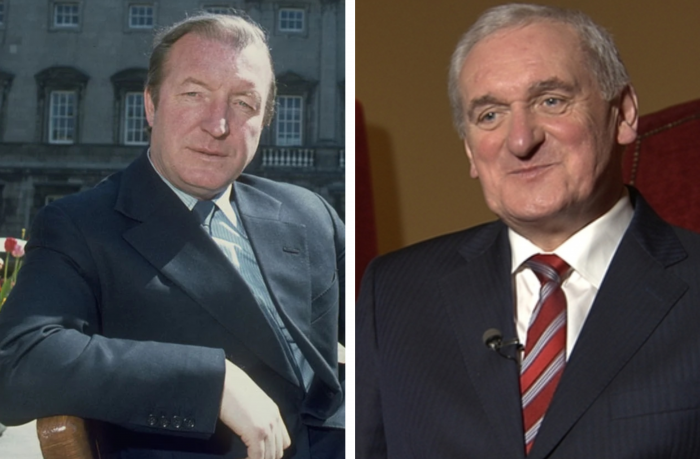 WITH FIANNA FÁIL returning to power now has never been a better time to reacquaint yourself with what the party is most famous for; participating in and abetting rampant corruption.

Because ‘times have changed’ and ‘the old guard is gone’, WWN’s lawyers have suggested we say something like “we’re in no way suggesting that such an insidious, bare faced contempt for public office, the Irish people, and the law exists within the party, now, or is ever set to return”.

With it being impossible to include all of Fianna Fáil’s most notorious incidents of cronyism and corruption, you can get a flavour of the greatest hits below, and like most greatest hits collections, they stand up to repeat listens and are etched into people’s consciousness:

The Flood Tribunal, set up to investigate allegations Burke received £80,000 from a property developer. Judge Flood concluded Burke was ‘corrupt’. Former Justice Minister Burke (this fact will be important to note in about 6 words’ time) was convicted and sent to prison over making false tax returns. A Minister for Justice breaking the law? That’s like a Minister for Finance not having a bank account.

Didn’t have a bank while Minister for Finance. Read that previous sentence back several times. The Mahon Tribunal found that former Taoiseach Ahern’s accounts of the origin of a £30,000 bank lodgement he made ‘could not be true’. At the tribunal, property developer Tom Gilmartin alleged that developer Owen O’Callaghan told him he had given Ahern payments totaling £80,000.

After being sacked from government for allegedly trying to buy arms for the IRA, Haughey later became Taoiseach and turned corruption into an elite level Olympic sport.

Simply wanting to build a shopping centre and create jobs, Sligo born Gilmartin was hampered and extorted by Fianna Fáil at every turn with then Taoiseach Charles Haughey and other cabinet members demanding an illegal payment of £5 million. Gilmartin likened the party and their behaviour to that of the Mafia.

Fianna Fáil’s Padraig Flynn, who had hounded Gilmartin and ‘wrongly and corruptly’ sought a £50,000 donation to Fianna Fáil to ‘grease the wheels’ and then used the money for his own personal use, took to the Late Late Show to accuse Gilmartin of being ’emotionally unstable’ and spoke openly about Gilmartin’s wife’s struggle with illness.

Okay, so he was a Fine Gael minister, but always worth bringing up the fact that convicted criminal Michael Lowry, according to Moriarty Tribunal, was given £470,000 sterling in payments by businessman Denis O’Brien and the tribunal stated it is “beyond doubt” that Lowry gave what it termed “substantive information to Denis O’Brien, of significant value and assistance to him in securing the [Esat-Digifone mobile phone] licence”.

Liam Lawlor was a Fianna Fáil TD who was imprisoned on three separate occasions for being in contempt of court for failing to cooperate with the Flood Tribunal when he refused to disclose the identity of the individual he received ‘political donations’/not bribes from.

NOTE: Again, WWN’s legal team has advised that we say something like “there is no inference that any current member of Fianna Fáil is engaged in corrupt practices, nor should their character be called into question on account of the fact they still actively sought to join, or remain part of one of the most craven and corrupt political parties in western Europe when all these facts came to light”.