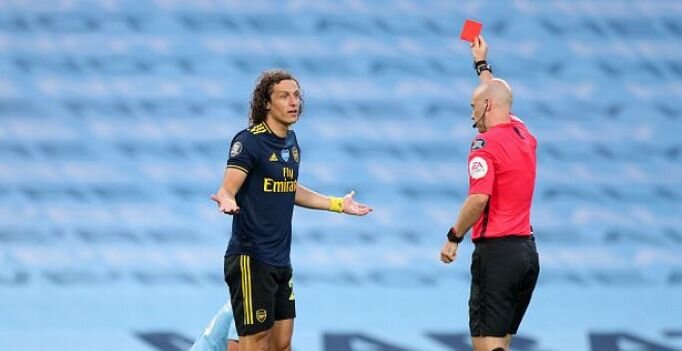 NOW with actual Premier League football back, Whatsapp groups with names like ‘footy and tits’ have made a long awaited return to being bogged down in shite talk, endless circular arguments about meaningless minor moments in a game and calls for an end to the systemic injustice of VAR.

After recovering from the overwhelming rush of adrenaline that comes with the long awaited and familiar sight of David Luiz making a complete tit of himself, WhatsApp groups frequented by the football obsessed lit up and struggled to keep up with a deluge of memes, insults and mockery.

“Oh it was a fucking disgrace. The goal line technology failed in the Sheffield United game, you don’t know how much this means to me, fresh football nonsense like this could keep us going for weeks” sobbed one fan as he tearily typed into his WhatsApp group, thankful there was new cock ups to pour over and irrationally rage about.

“I’ll be honest, I didn’t like the way our group was going. There was lads sending in graphs about unaccounted for Covid-19 deaths, Lancet studies on face masks, links to earnest opinion pieces on racism. Dave even started a charity aimed at helping the elderly in isolation. We needed to get back to our roots, to what’s really important; slinging reprehensible and deeply personal insults at each other all because we support different football teams,” remarked one relieved football fan, before firing off a ‘MANC SCUM’ WhatsApp message.

Such was the hunger for new Premier League action, it is believed the average WhatsApp group managed 43 messages for every single kick of a football last night.

Those without access to a football related WhatsApp group or members of a long dormant one were reduced to excitably shout-explaining “and then he scored’d a goal and it was really good” to long suffering partners who have zero interest in football.