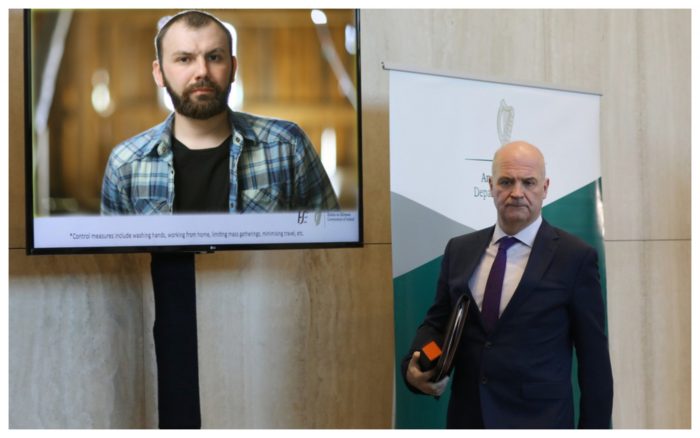 AS THE DEBATE surrounding the possibility of reducing the two metre social distancing limits and how a reduction to one metre could help businesses reopen sooner and trade more easily, health experts have felt the need to clarify a number of things.

“While we understand the desire of industry groups to lobby for a reduction, we can’t stay silent on the waffle from one particular man who claims a one metre distancing measure would make the ride a ‘sure thing’,” raged one angry health official, directly calling out Kildare man and singleton Shane Kavanagh, who has been quite vocal about his locked down lack of a love life and the need to lift the getting-the-ride stifling restrictions.

Single and unable to resume a dating life in any real way, Kavanagh had suggested that if the social distancing rules were reduced as amenities and social outlets reopen, he could go back to his golden days of bedding women non stop.

“Golden days, Shane?” a health official queried, staring down a television camera and directly addressing Kavanagh, “we’ve seen the data on you buddy, and trust us, you’re fooling no one; the only restrictions on you getting the ride is your dose personality pal,” added the health, while pointing to a statistical model which suggested Kavanagh’s pre-lockdown R (ride rate) was at 0.0.

“It was actually at minus 4 somehow, but we didn’t want to embarrass him here in front of the nation but frankly I’m sick of the misinformation and self-interest lobbying going on at the minute,” concluded the health expert.

In response to the revelations, Kavanagh insisted he could prove his claims true and was even messaging a number ‘thirsty ones’ at the minute but now that he looks at his phone here in front of us, something weird has happened and the conversations have self-deleted somehow.