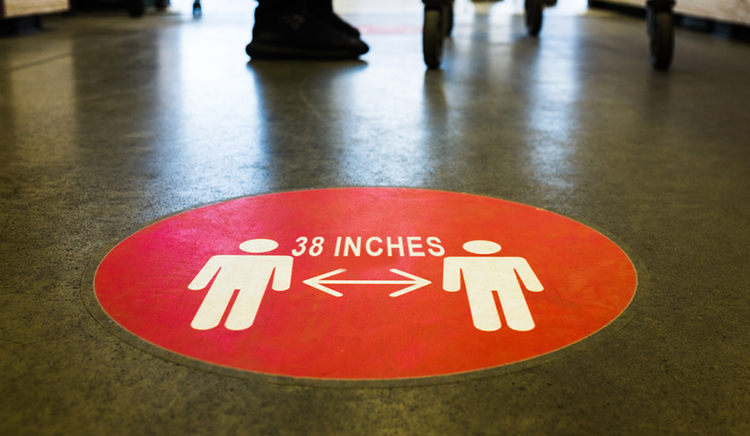 FINALLY caving in to demands to reduce the social distancing guidelines, the government has announced it will cut the the two metre measurement by one inch every week for the next six months.

“We’ve heard from a lot of businesses calling for the 2 metre distancing to be reduced, so they will be really glad to hear we’re listening and have bowed to pressure and acted on that,” a public health spokesman revealed, without laughing even once.

The weekly decrease, which is to cost tens of millions in business sign changes, will begin on Monday when the first distance cut will see people stay 1 meter 38 inches apart.

However, publicans have called on even quicker reductions, with virologist and owner of Downey’s Pub, Peter Downey stating: “This is madness, if we don’t reduce the space to one meter now, potential customers will be stuck at home safe when they could be out spending money instead and spreading the virus.”

Meanwhile, an emerging black market for ‘close standers’, people who will allow you to stand beside them, rub against them and simulate that packed train, bus or Luas atmosphere with them, has erupted nationwide with some close standers charging as much as €50 euros a go.

“We’re also seeing social distancing deniers meeting up in large groups just to shake hands in deserted car parks,” a garda source told WWN. “Hopefully the news that the distancing is dropping an inch a week will make them think twice”.