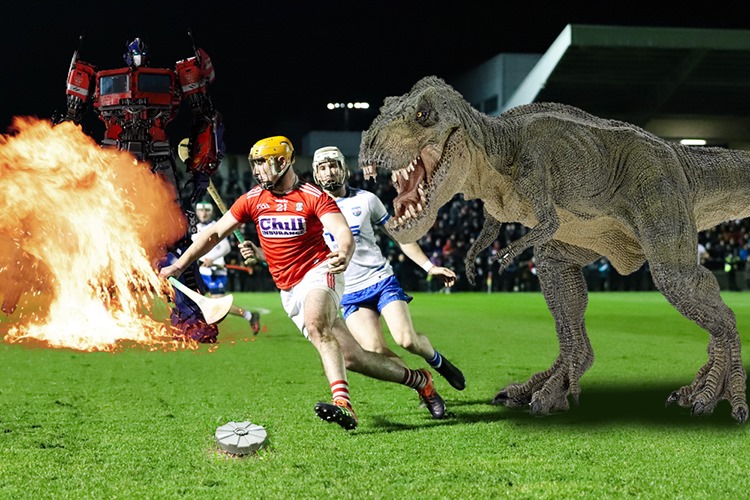 AMID growing uncertainty surrounding the 2020 GAA championship, RTÉ have decided to scratch the sports itch of the nation by re-running some classic hurling and football encounters from down through the years; but now with added bonus content.

Keen to retain as many jobs as possible, RTÉ have tasked a huge team of editors, CGI experts and writers to use the available footage to create ‘director’s cut’ versions of matches, with chiefs at the station stating that fans will find something new to love with each viewing.

“You might think you know how a match ends and therefore not bother tuning in; nope, we’ve gone full George Lucas on this thing” beamed one RTÉ chief.

So what’s going to air? WWN received a leaked copy of a list of some of the edits to be made to classic matches, and we saw the following:

1) The infamous 2010 Leinster senior final between Louth and Meath, memorable for the disgraceful scenes after the final whistle where the referee was set upon by angry Louth fans, is to receive even more disgraceful scenes. While the controversial result will remain the same, fans will be gifted another 20 minutes of the ref being accosted by Louth men, allowing you to tut even more and state things like ‘ah there’s no need for that!’.

2) Dublin keeper Stephen Cluxton kicked Dublin into a decade of dominance with an extra-time winner in the 2011 All Ireland final… but that’s the version you’re used to! In RTÉ’s new 2011 All Ireland Final Redux, Cluxton’s kick sails miles wide and the Dubs descend into a spiral of self-doubt and first round knockouts against Carlow.

3) ‘Mayo’s year’ hasn’t come yet… but in a bid to give the country a feel-good story to rally around, RTÉ have used cutting edge CGI technology to give the 2017 All-Ireland clash against Dublin a new ending. Bosses at RTÉ claim to have purchased the same software used to create hordes of orcs in Lord Of The Rings to create a stadium of happy Mayo fans; tune in to see what that looks like.