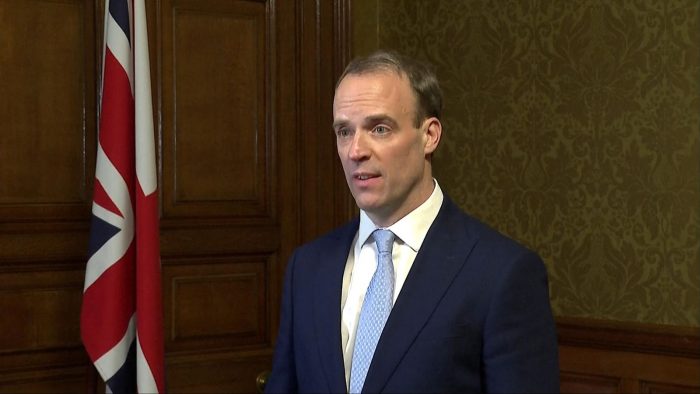 FRESH concerns have been raised over the health of British Prime Minister Boris Johnson after Dominic Raab held a press conference to assure the public that Johnson’s condition was ‘strong and stable’; British for ‘weak and uncertain’.

Johnson was admitted to St. Thomas’ Hospital yesterday with severe Coronavirus symptoms, and was admitted to ICU after his conditions worsened, with not even a good cup of tea and a crumpet doing anything to help him.

The freshly deputised Raab assured his fellow cabinet members that their leader was “strong as an ox, stable as a table” prompting many to break down into tears of anguish as they came to terms with the gravity of Johnson’s illness.

“Strong and stable? They might as well start digging the hole now” wailed Priti Patel.

“Oh Boris, Boris my dear friend, why does it have to happen to the good ones?” sobbed Michael Gove.

“If only we had some clue, some inkling as to where he got this dreadful illness” screamed Jacob Rees-Mogg, clawing at his own face in the depths of agony and despair. “Well, at least he’s in good hands, the NHS won’t forget the man who got them an extra £350 million a week from the EU”.