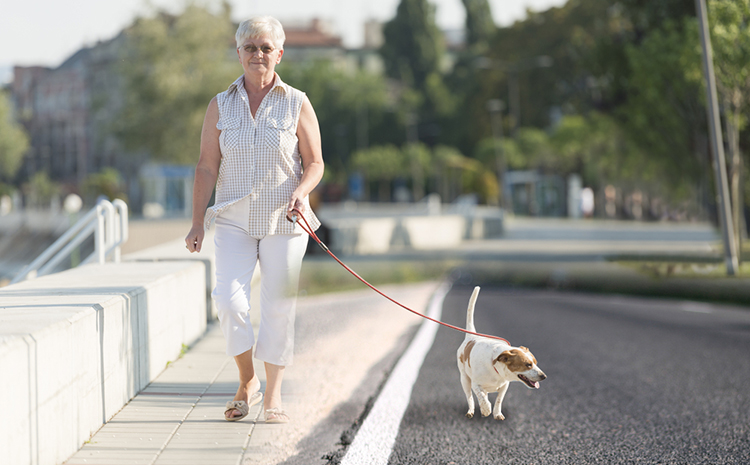 MOTORISTS travelling around the Tramore area have been asked to be on high alert this afternoon after a middle-aged woman has been spotted walking her dog on the road, while she calmly walks on the footpath, WWN can confirm.

Local gardaí are asking the general public to contact them immediately if they see the woman, as she is expected to have murderous tendencies towards animals or ‘is simply just a complete fucking moron who has zero tact when it comes to general health and safety’.

“For her sake, we’re hoping it’s the former,” Garda Tadhg Murphy told WWN, “no one can be that stupid to not realise that cars drive on the road and are not expecting a small dog to be there, hoping off and on to the footpath whenever it pleases and without care or due diligence”.

One motorist described seeing the woman blissfully walking along with her backed turned to him before braking sharply as the dog jumped out onto the road without being corrected by the woman.

“There’s better ways of putting down a dog,” expressed the motorist, who ‘beeped the fucking fuck out of the woman’, “she didn’t even flinch and left precious Tiddles, or whatever its ponce name is, to prance along on the street like she owned the bloody town and then had the cheek to turn around and look at me like I was the one in the wrong”.

Several oncoming pedestrians also reported that the lackadaisical woman had tripped them up with her extendable dog lead as the animal was on the road while she took up the majority of the footpath.

“In this instance, please refrain from running over the dog, but if you have to swerve, swerve for the woman instead as she’s fair game at this stage,” gardaí advised.