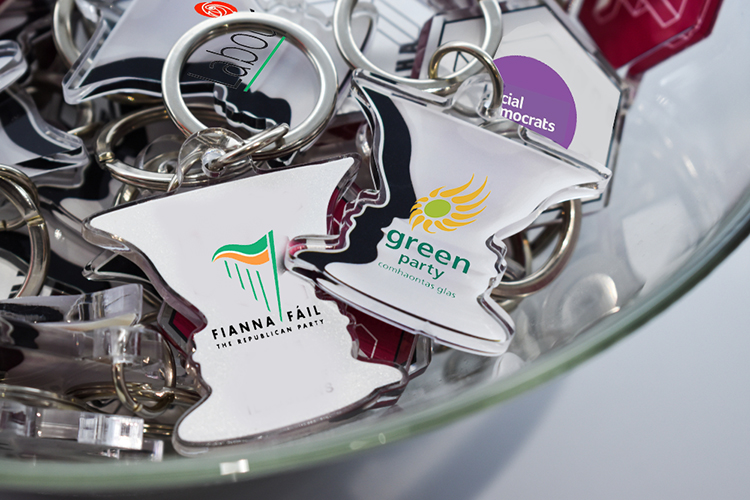 IRISH parties set to win multiple seats in the election have already started tentative coalition talks, which are set to dominate Irish politics in the coming weeks.

Down a quiet winding country lane, through a forest and out beyond an opening to a secluded mansion, Sinn Féin leader Mary Lou McDonald this morning descended an ornate staircase to greet the other leaders of Ireland’s main parties.

“You know why I’ve invited you all here. Place the car keys in the bowl and let’s get this show on the road,” McDonald instructed Eamon Ryan, Róisín Shortall, Catherine Murphy, Richard Boyd Barrett, Brendan Howlin, Micheál Martin and Leo Varadkar.

“Actually, I came here on my bike,” replied Green Party leader Ryan, his voice echoing through the ostentatious halls of the vast mansion.

“Fuck sake, Ryan, can’t you see I’m trying to create a fucking vibe here,” barked McDonald, new to the coalition forming business, as she tried to assert an air of authority befitting a leader with the largest share of the public’s vote.

In a bid to set the mood, McDonald played a smooth jazz version of A Nation Once Again on a priceless gramophone and encouraged the leaders explore the body of election promises, putting themselves through the Irish political equivalent of compromising Kama Sutra positions; U-turns, contradictions, embarrassing climb downs, broken pre-election promises and consolations which contorted their political ideologies and stretched their credibility and integrity.

“Oh fuck, that doesn’t feel good at all, I’m getting the fuck out of here” remarked current Taoiseach Leo Varadkar after pulling keys belonging to People Before Profit from the bowl.

Asked if she would be putting her own set of keys in the bowl by Micheál Martin, McDonald remarked “no, you’re not auditioning me anymore, you’re auditioning for me”.

In an attempt to better explain the machinations of coalition formation, one expert told WWN “these days every political party is pan-coalition, they can be attracted to anyone as long as it guarantees they’ll help get them into power. They’ll be sniffing around each other like dogs in heat for weeks yet”.