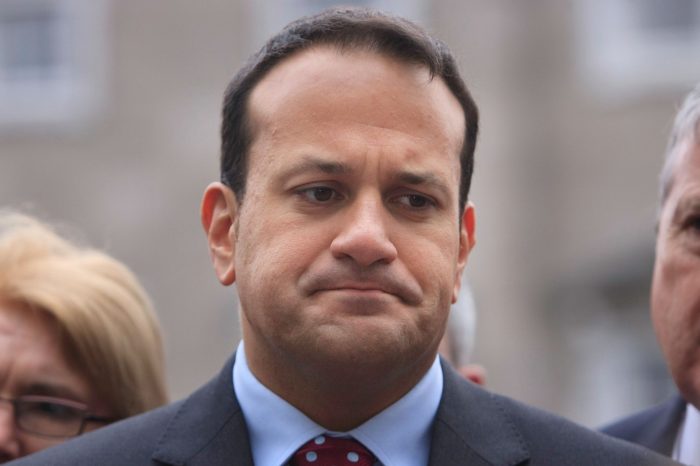 MAGNANIMOUS in electoral defeat and in a reflective mood, ruminating on how they failed to engage with so many ordinary voters, Fine Gael have issued a heartfelt apology to the pig ignorant Irish nation for failing to comprehend how perfect the Leo Varadkar led party is.

“People accused us of being out of touch possessing a complete inability to communicate our message and the good our policies were doing, and being deaf to the concerns of the public which is just typical of dribbling ingrates with fewer brain cells than a sack of shite,” explained returning Fine Gael TD Eoghan Murphy, the party’s new chief Fuck You spokesperson.

Striking the sort of contrite tone that could win them back hordes of votes in the future, Fine Gael apologised for not speaking ‘poor’ or upping the dole to €1 million a euro a week for sponging monosyllabic crime factories others refer to as ‘working class people’.

“You have fled in your droves to other parties and so the only logical conclusion is that you pea-brained knuckle draggers with coarse accents and heroin problems can’t begin fathom how complexly complex our fantastic Fine Gael led governments have been,” added a senior Fine Gael advisor, in between bites of peasant, during a lunch in one of his five spare houses.

With a loss of seats in the double digits and a slip to the third most popular party in the country, this radical change and move towards a more empathic tone could transform the ailing party’s fortunes for the better.