IRELAND’S democracy for so long dominated by two parties without enough votes to form a majority coalition, is now completely changed and now has three parties incapable of getting to 80 seats and a majority by themselves.

Thanks to WWN readers for sending in their general election photos to us. With lovely cute #DogsAtPollingStations trending online here’s 4-year-old Max who couldn’t resist letting one Fine Gael candidate know how he feels, unfortunately the candidate was wearing protective gear. 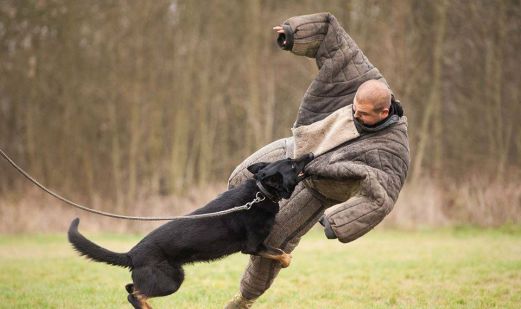 It’s worth taking a moment to acknowledge the bravery & courage it takes to put yourself forward in an election. Every single candidate deserves praise for that, even the racist ones who got fuck all votes.

New election laws of course require anyone who voted for Fianna Fáil to submit a 1,000 word essay explaining why.

Many young people feeling like the love child of Nelson Mandela and Socrates after voting for the very first time. Lazy doses who never had any intention of voting have thanked Storm Ciara for a handy excuse for why they didn’t vote.

Hearing reports that Fine Gael are inconsolable at news of high voter turnout in some constituencies.

Fine Gael and Fianna Fáil have been in touch to remind us that the polls actually closed at 10am for those intending to vote Sinn Féin, the repeat, polls are not open until 10pm as previously suggested, so don’t bother going to your polling station. They ask that you spread the word.

Old partners Labour and Fine Gael are set to have very different results today from their hey day of 2011, but here they are in happier times: 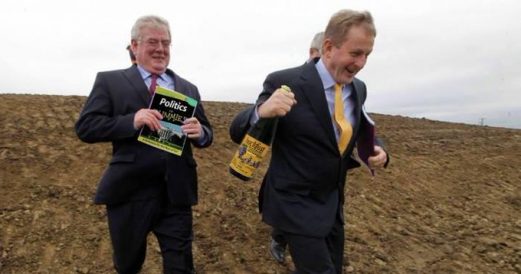 Fine Gael party insiders confirm party still optimistic they won’t take too much of a hit today as many people who would vote them out are actually currently stuck on trolleys in A&E.

“Michael Lowry got my number one. I don’t care what anyone say’s about him; he’s a decent auld skin” 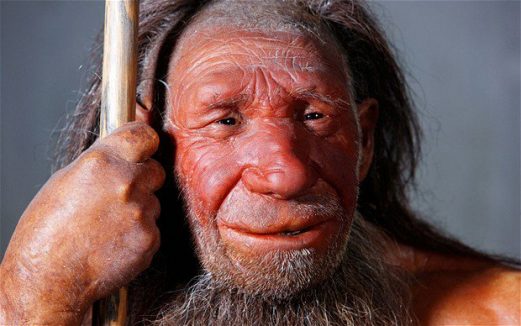 With the exit poll placing Sinn Féin slightly ahead of Fianna Fáil and Fine Gael, it may be too early to say where Fine Gael’s election strategy went wrong but not giving a shit about the homeless may have been a misstep.

This year’s count is being performed by the trained squirrels from Willy Wonka’s factory. Counting in the RDS has been delayed as Archbishop Diarmuid Martin still hasn’t blessed all the ballot boxes.

All the dire warnings about what a shift to Sinn Féin would result in have already come true. Google have left Ireland under the cover of darkness, Mary Lou McDonald has purchased nukes from the North Koreans and some homeless people are a little more hopeful today. A dark day for Ireland.

Spare a thought for newspaper columnists who have to spend the day deleting all evidence of how wrong their predictions for this election were.

There’s a real buzz about the place here at the RDS count centre after Fine Gael installed an electric fence to keep Sinn Féin supporters out. Fine Gael director of elections Paschal Donohoe looking in thesaurus for word that sounds better than ‘failure’.

Looking at the projections and seeing no party has a hope of forming an easy coalition, a number of RTÉ election panelists struggling to come up with new ways of saying Irish politics is a shitshow.

Your fifth preference just got bumped up to your first. Hey, don’t ask us how it works. Following the popularity of this year’s election, there are strong rumours a sequel will be announced soon.

Delay in counting in Fingal as far right candidate Gemma O’Doherty steals one of the voting boxes and has to be rugby tackled to the ground by staff. UPDATE: Images show Gemma O’Doherty has been apprehended and the ballot box retrieved: 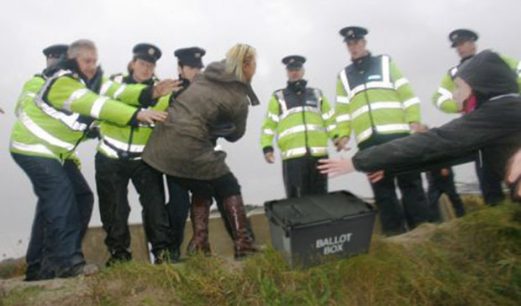 Making major gains in a historic election for her party Mary Lou McDonald is now arriving into the RDS floating on a cloud fueled by raw Irish Republicanism, soundtracked to Come Out Ye Black and Tans

Here she is now, McDonald speaks to the Nation at the RDS, the media crowd around her ready to hear what she has to say. What is her message to Ireland: 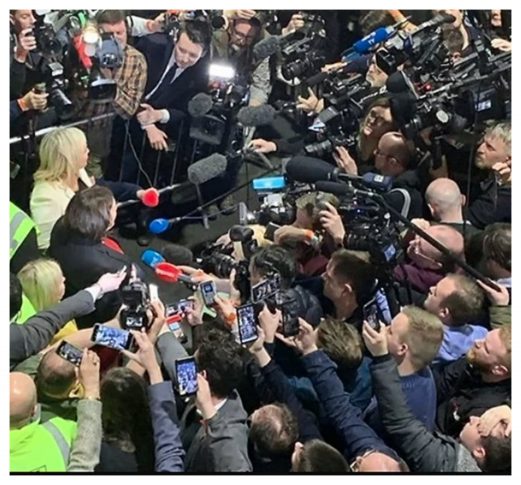 “No I haven’t watched The Stranger on Netflix, but yeah I hear it’s good” Mary Lou McDonald tells awaiting media.

Images coming in from the Irish Independent offices now where staff have been urged not to puke into the bins as they are all now currently full. 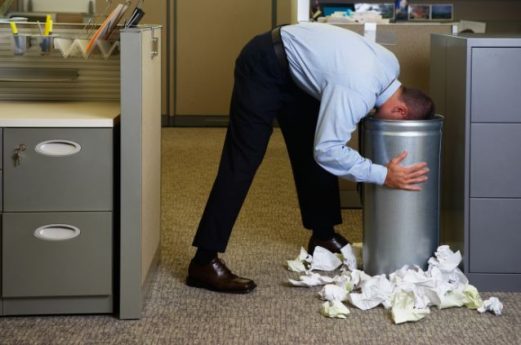 Fine Gael have sadly confirmed that the Venezuelan government have already been in touch to ask when Ireland wants anarchic communist style rule delivered by or should they just talk to Sinn Féin. Landlords frantically upping the rent all around the country before coalition featuring a Sinn Féin nationalises all houses.

Reacting to not being elected on the first count, Taoiseach Leo Varadkar wondering how voters could have gotten it so wrong, but willing to forgive their stupidity. Frustrating scenes as one counter in the RDS lost count at around 1,239 votes. Starting over now.

BREAKING: As his party’s disappointing election results dawn on him the Taoiseach has locked himself into Dáil chambers and is threatening to ‘shoot the economy’ if his demands are not met.

A reminder that if the vote is tied between 2 candidates they will, of course, fight to the death in the Thunderdome.

IMPORTANT INFO: If anyone has changed their mind since voting yesterday, remember you can pop into your local count centre & change your vote.

Due to budget cuts failed election candidates are no longer flown to Switzerland and are instead taken to a local vets.

Happy Sinn Féin voters have already been in touch with party leader McDonald to ask when they can expect the 6 counties back, no rush, but end of the week would be great. 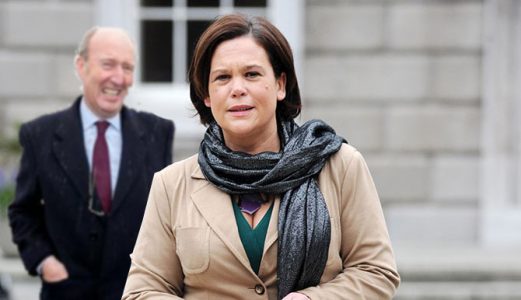 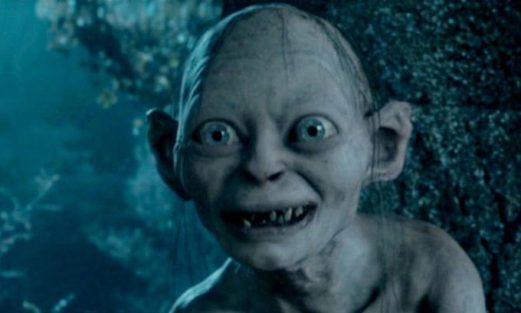 “I want to be straightforward by avoiding directly answering any questions about a coalition with Sinn Féin” FF’s Martin talking live on RTÉ there.

Moving scenes in many count centres as distraught Fine Gael and Fianna Fáil members holding each other, openly weeping.

After receiving less than 500 votes in Dublin West Peter Casey has confirmed he has finally got the hint and will fuck off now.

Taoiseach live on RTÉ stating he remains committed to not learning any lessons from the results of this election.

What would an Ireland under a Sinn Féin government look like? The party have kindly shared this image with us: 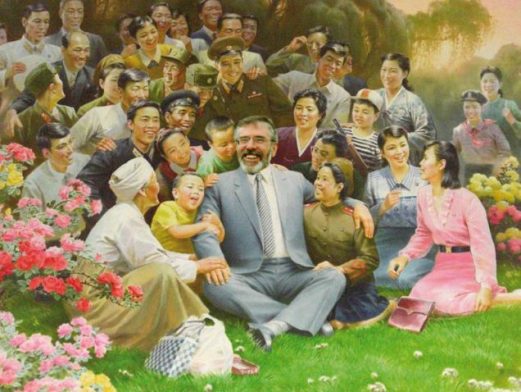