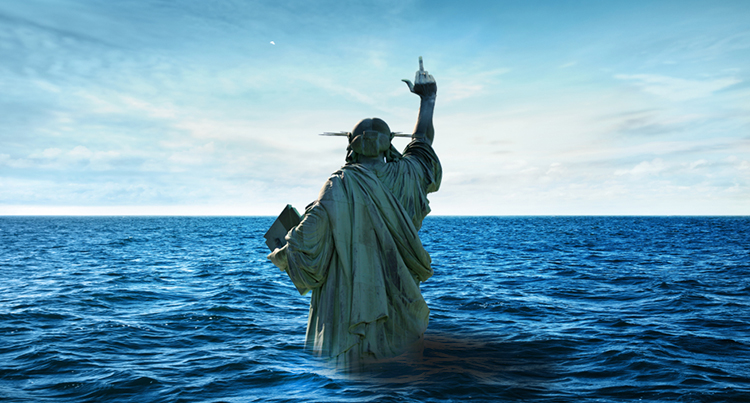 EYE WITNESSES in New York described unbelievable scenes earlier today as the sound of creaking copper and crumbling concrete preceded the sight of the iconic Statue of Liberty disembarking its pedestal eastwards for its native France.

Tossing its iconic torch over its shadow and muttering loudly in French while looking angry and fed up, the statue was last heard saying “merde, mon dieu, va te faire foutre” before disappearing over the horizon out on the Atlanic ocean.

Shocked and confused Americans have now been left to speculate over what exactly could have prompted the statue, which famously symbolised America’s history of a welcoming place for immigrants, to just up and leave.

“God, so many instances to choose from, right?” queried one New Yorker, “maybe it was the gradual attritional nature of all the horrible stuff, but jeez, this week alone you’re talking what; the Iowa caucus, the State of the Union, Trump’s impeachment acquittal…hmm what else, oh the kids are still in cages, right? People kinda forget that one amazingly”.

While some Americans have been shocked by the sudden disappearance of the iconic landmark and used it as a moment for pause and a chance to think on the current lamentable state of much of the nation’s political scandals, others have been more upbeat and positive.

“Good, send her ugly ass back. And hey, who says America even wants liberty? Is that even an American thing? Maybe we don’t need it,” confirmed one Washington DC resident with a holiday home in Florida.