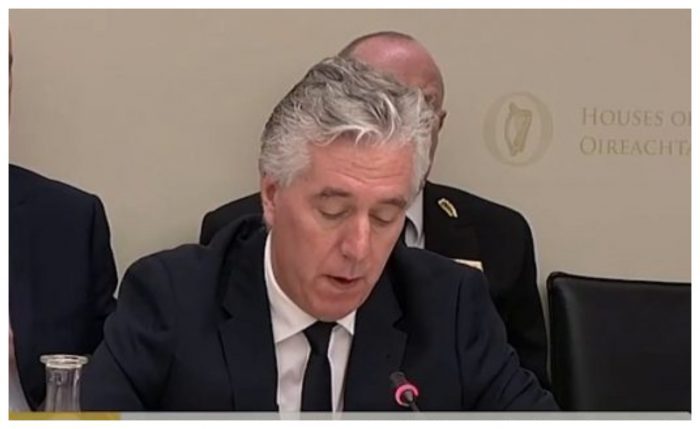 WITH EVERYONE agreeing it is not a huge leap in logic to presume the decades of mismanagement in the FAI probably means it’s quite likely that disgraced former CEO John Delaney still has the login details to the FAI’s online banking, it is not beyond the realms of possibility that he is busy spending the money from the Irish government’s bailout, which they stress is not a bailout.

But just what would the prudent and assiduous purchases by the father of Irish football look like? With a rumoured €30 million to spend, WWN Sport crunches the numbers:

1) Immediately invoice the FAI for the money he is owed for buying a pint of milk for the fridge in the staff kitchen in 2007, which when adjusted for inflation and interest owed totals a reasonable €2.1 million. Then there’s the party celebrating receiving the bailout money: another €250,000.

2) A giant gold statue of Ireland’s greatest ever footballer; John Delaney. Designed by a friend, with materials supplied by a friend, made in an art studio owned and kindly rented out at mates rates by Delaney, the price of the 50 foot structure which would be placed on top of the Aviva; €4 million. In fairness, have you seen the price their charging for 50 foot high gold statues these days, this is a decent deal.

3) OK, so some monies are unaccounted for but trying to get Irish football out of a financial hole costs money, you can’t be expected to keep receipts for everything, can you?

But the health of the grass roots game is vital which is why the next logical purchase is training bibs for the young fellas playing 5-a-side. The future of the game many say. Cost: €20.99. On sale in Lifestyle Sports. Bargain.

4) UNFORESEEN FORESEEN CIRCUMSTANCES. Could happen to anyone. Long story short, the FAI bailout fund will now need a small bailout, actually just a quick cash injection in the form of a patented Johnny D loan. Nothing to worry about. Nothing irregular. Jesus, don’t call the auditors.

5) Taking journalists to court to stop them reporting stories. It’s actually quite pricey. The FAI will cover it, but… Cost: €750,000.