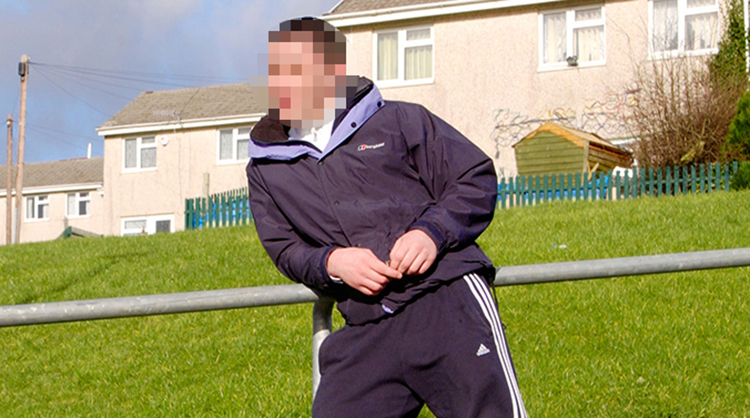 WELCOME to How I Spend My Money, a totally original series on WWN that looks at what people in Ireland really do with their hard earned cash.

This week we chat to 34-year-old narcotics salesman Pajo Hollihan who lives in a local Waterford council estate and employs dozens of young people in the area, including school children.

Fucking business is booming since we started cooking and selling crack cocaine. Handy to make too. Learned off YouTube. Have stash houses all over the town. Plenty of addict single mothers and that looking to make a few pounds, so everyone wins. My only problem is all the money. Had to open up a real business in the city to wash the cash. Pigs sniffin’ around now and then, but sure I’ve more funds than them to play with, so they don’t mind taking the old shnakey backhander. It is what it is. Best thing is I don’t have to travel to work at all; the young lads on the bikes do all the running. You could say I’m a home worker that never has to work.

Monthly expenses
Rent: Rent Allowance Supplement pays most of it so I pay €47
Household bills: St. Vincent De Paul pays most of me bills.
Transport: Taximan
Phone bill: I’d go through 4-5 burners a month, €100-150
Health insurance: Me bollox
Subscriptions: I have to sign on every week in a probation office, but that’s free.
Loan repayments: No repayments, but I also lend money at 50% APR to any eejit looking.

1pm: Wake up early on a Monday to collect all the money for the stuff I lent out on tic before the weekend. I usually hang around outside the main post office to shake lads down if their phones are off. I get a lot of ‘didn’t see your call’ or ‘please, don’t hit me boi’, but they eventually cough up their social welfare by the afternoon.

4pm: Send young lad on a push bike to collect a kilo from the bus station and bring to a safe house for cutting. This usually costs me around 65k and then just 50 quid to the kid for delivering, or if the young lad owes me something for drugs, then he does it for free. I’d spend around 4-5 euros for cutting agents and another tenner on baggies and clingfilm. Safehouse fee is 100 a week, again depending on whether the person owes me money. Mostly, they do in this town.

6pm: Organise drop offs and pick ups and listen to the scanner for the pigs. I use drones for the local drops and that costs around 900 quid for a good one. For longer journeys I have 3 taxi men on the take so they cost 100 a drop, depending on size of product.

8pm: Scoops in whatever pub will take me and the lads. I could spend anywhere between 100-500 a night in the town. But since I got barred from the Casino for glassing a black jack dealer, it’s a lot less these days… better off.

2am: Grab some dinner from chipper, which costs about 10 euro. Prostitute after food costs around 50-100, but again, they usually owe me money for gear, so…

3pm: Get up to check phone before going back to bed hungover ta fuck.

5pm: Get up again and start chasing lads for money. I like to give proper beat downs on Tuesdays, so I pay two or three of the boys 200 each to flank me on my rounds. Sometimes shooters are needed so that can cost an extra 100 to the safe house owner to deliver. Clothes do tend to get a bit bloody, so I would spend money on new clothes to be delivered through Sports Direct. You’ll never see me in a shop, mostly because I’m barred.

9pm: Sit down to watch Love Island with the lac. This can cost anywhere between 1,000 to 10,000 euros because she always sees some dress or jewellery she likes and goes online to buy it. Today it was only a necklace worth 2k. Thank fuck.

2pm: Sign on the scratcher and the probation office before visiting dodgy accountant about legit businesses. He charges me an arm and a leg to wash the mula so I could spend tens of thousands in any one meeting. Today was €3k, which isn’t bad. But I made 12 grand, so can’t complain. This legit business stuff is complicated, but better than CAB up your hole, trying to take me watches.

6pm: Meet area manager from Dublin in town to discuss some missing product and a possible rat. I got lunch, which came to €54. We agreed on a 5 grand contract on said rat and I also agreed to pay for any missing product and to investigate where it went. Sometimes it’s easier just to agree with the boss lads, as things can get messy.

8pm: Paid contract to killer and another 2 grand to my enforcer to pay a visit to the house where product went missing. Spent another 500 to young fella to rob car for hit. Stayed at home with the missus for an alibi.

11pm: Half of missing product found hidden in foot soldiers flat. He begged for life and offered up his addict girlfriend as collateral who we put to work in a local brasser pad. Gave her a little test run for good measure. All sorted. Today was a good day.

11am: Thursday is an early start for me as it’s district court day here in Waterford. I like to know who’s getting done for what and to smell out any touts. I had only 3 employees up today for minor possession charges and I paid their fines, totalling €2k. You’ve got to treat your staff well, even if it means lending them bail money at 50% interest. I’m sure they’re good for it. And if not, there are plenty of pre teens willing to be trained into the game. After all, I’m the only one creating jobs around here.

3pm: Start arranging the big drop offs and orders for the weekend with my runners. We only give tic to those we know have young families as they’re more likely to pay up after a violent threat. I’m told four people still owe money from last week and hired some lads at 200 each to do their thing.

5pm: Money retrieved along with a 55″ widescreen TV and a fucking Renault Clio. What the hell am I supposed to do with that?

7pm: Paid off a local detective and gave him three envelopes for the other guards on the take. Paid him extra for tipping me off about a raid planned for a safe house I own this Saturday morning. Also told him where a competitor in the town stashes his gear in return. Hey look, they need to do their job too, right?

9pm: Went to gym to buy some roids from the owner. Cost me 150 but the guns are really starting to see those gains. Did an hour on the free weights. Felt fucking pumped so sniffed some blow and went out on the town and spent a fucking fortune on champers and lap dances. I can never just go for the one. Lolz.

Today’s total spend: Blew me fucking stones today, no idea what I spent and don’t give a fuck either.

1:30pm: Woke up to CAB knocking on the door telling me they were searching the gaff as part of operation Thor. I said that’s a great movie, and to come in. Put on kettle and made them tea and coffee, which cost about 50 cent. Turned on the film Thor full blast on the telly until they left.

3pm: Bought new phones again as CAB took the ones I had. All orders going well today and got taximan to pick up 25 grand from drop off point and deliver to my accountant in one of the shops. Paid him 200 euros worth of bitcoin. I’m starting to use it more and more now with these CAB cunts on my back.

6pm: Booked holiday to Spain worth 2,500. I’ve a gaff there under the missus’ name so can’t wait to get a nice break and meet the big lad himself to talk shop. Business has never been better.

9:30pm: Watched Paul Williams on the Late Late show selling another book. Bought it online for 14:99. If only I could make it into one of his books someday, or even the Sunday World, I’d be happy. I do like the nickname ‘The Enforcer’, if they ever do a piece on me, just in case anyone is reading here (Come on Paul, I’ve all your books). The money is not enough; it’s the fame I really want, and who better than the Irish media to give it to me.

Weekly subtotal: None of your fucking business, pal!