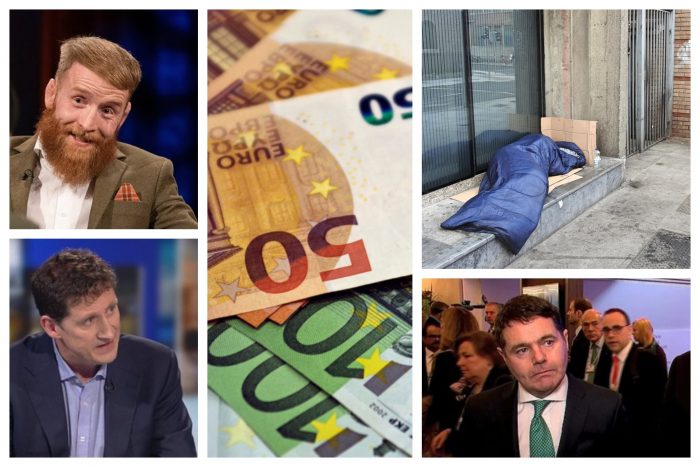 YOUR ONE STOP SHOP for all the twists and turns from today’s campaign trail:

As the drug gang violence continues to spill out onto the streets politicians have denied this is a ‘hot button election issue’ as “most of the communities terrorised by the gangs don’t bother voting”.

Fine Gael went on to ask the public to follow its ‘A Future To Look Forward To’ slogan otherwise they might go back and find out that the party spent much of the last 18 months ignoring calls to form special task forces to combat gangland violence.

Sinn Féin councillor and former MMA fighter Paddy Holohan came in for criticism and was suspended by the party following his use of homophobic and anti-immigrant language when discussing the Taoiseach, leading the public to admit they expected more from a man with ‘The Hooligan’ as a nickname.

As a result of the news Conor McGregor is said to be reconsidering an entry into politics after it appeared you can’t spread homophobic and anti-immigrant rhetoric with consequences.

At the launch of the Green Party’s campaign, leader Eamon Ryan admitted some regret at stating a desire to reintroduce wolves to Ireland, admitting having Kangaroos would be much more fun. Stepping away from the Green Party’s image as a party with some madcap ideas Ryan also confirmed giving bees the right to vote is a priority for the party.

With almost all parties promising both tax cuts and increased spending, voters reported feeling dizzy and needing to sit down after being hit with horrifying 2008 flashbacks.

Voters expressed worry after finding a ‘404 not found’ page on the ‘solving the housing crisis’ section of all party websites.

At the launch of Labour’s ‘Get Ireland Moving’ plan it was pointed out that voters took the hint years ago and fled from the party in their droves.

Fine Gael’s Paschal Donohoe has been ordered to resit his Junior Certs maths exam after claiming his party would create 200,000 new jobs despite Fine Gael constantly claiming country is at full employment.

Fine Gael Voters Anonymous have begun meetings around the country, a safe space where no one is judged or shamed.

With polling numbers suggesting Sinn Féin could have the seats to form a coalition with Fianna Fáil or Fine Gael, a spokesperson for the two larger parties stated they would rather catch a particularly painful strain of ‘turbo gonorrhea’ than go into coalition with Sinn Féin.

Retiring TD Gerry Adams has said he may cut his long hair, which he grew as part of a bet, now an election is in the offing thus scuppering his chances to be in the worst Bee Gees cover band of all time.

The head of the leader of the anti-immigrant Nationalist Party Justin Barrett reportedly exploded after it emerged the homeless man injured by Dublin City Council machinery earlier this week was also a migrant.