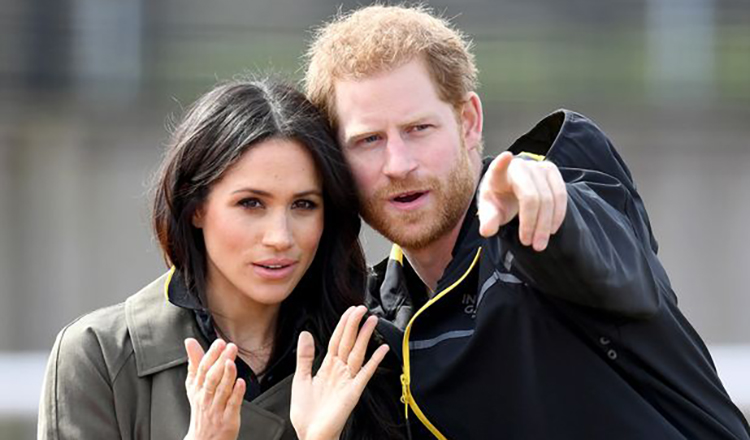 A MIXED race couple who have been living off of state benefits for a number of years have decided to emigrate from the UK to America in a bid to secure a better quality of life for their son, Archie, WWN has learned.

Citing ongoing racism and a classist society that has left the family alienated in their own country, the Windsors announced they will be leaving Britain as soon as possible.

“I haven’t even told my grandmother yet, she’ll be devastated as there has been some recent turmoil in the family with a dirty uncle of mine,” explained son of two, Harry, who was let go from the army after just 30 weeks in Afghanistan.

“It’s been hard since the baby came, people here are a lot less forgiving of racial interbreeding, especially between a white ginger and a mixed race African American, and the newspapers have been targeting us for no good reason with cruel stories, so we’ve no other option but to leave for a better life abroad”.

One of thousands of couples emigrating from the now impoverished and unstable Great Britain, Harry and his US born wife Meghan are expected to look for work in North America, where tabloid newspapers and racism are virtually nonexistent.

“I just can’t wait for the peace and quiet and to live in a land where the colour of your skin means nothing,” explained Meghan, “imagine being able to walk down the street without anyone recognising you or judging your looks – I can’t wait to move”.

The calm and measured reaction in Britain at the news of a couple choosing to spend time abroad has been seen as a positive sign the far more complex and important adjustment to life post-Brexit should be a walk in the park.