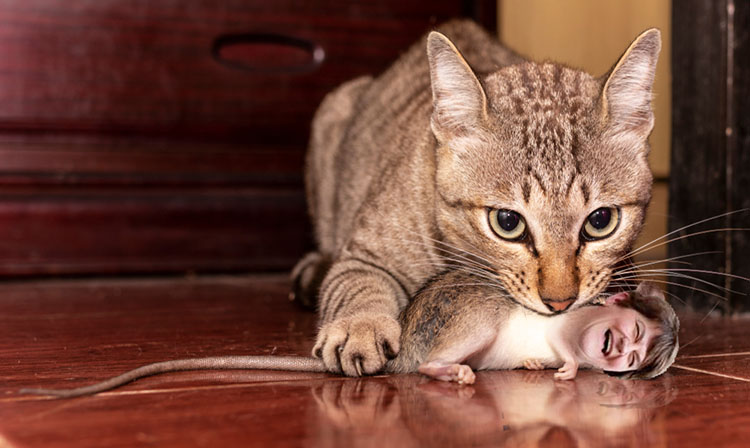 LICKING its filthy paws to rid itself of that God awful mothball smell from its latest catch, the metaphorical cat looked up apologetically after dragging in what appeared to be DUP leader Arlene Foster, before leaving the unwanted catch on the nation’s doorstep.

“Gays, women’s choice over their own bodies; what do you think you’re playing at?” the squirming mass slithered with its bile caked tongue, eyes darting manically around the nation for things it didn’t like, “Irish language, backstop, Fenian bastards”, it added, scuttling under the floorboards before anyone could put it out of its misery.

Cursing the cat for what it dragged in after its 1,000 day hunt, the nation quickly grabbed its bottle of holy water and began lashing it on its own floor, hoping beyond hope that the creature beneath would recoil in horror from the Pope branded liquid.

“Why is this pile of puss back all of a sudden, stronger than ever?” the nation wondered, wanting to rip the border up and throw it back in the sea,”what’s changed your deluded mind?” the nation now shouted.

Visibly clenching the keys to Stormont in its malformed claw and now snarling from the depths of Ireland’s foundations, the beast beneath could be heard mating, presumably with its own kind, possibly Johnson now the nation thinks about it – the same Johnson it shooed away last month.

“I’m sure everything will be okay as long as they just stay down there, together,” the nation hoped, now filling the floor board holes with some EU filler, “what could possibly go wrong?”