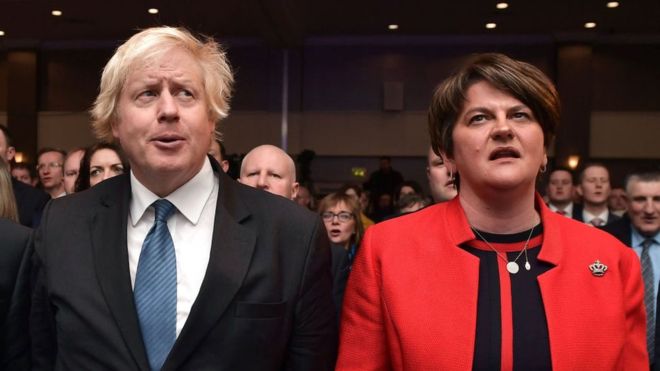 THE NEWS is ever changing. Conflicting reports everywhere. Boris Johnson has agreed a deal with the EU and has become Britain’s hero in their darkest hour, securing a deal that finally ensures economic self-harm and poorer living standards for the already poor in Britain.

The DUP, however, has in a surprising turn said ‘No’ to something and won’t support the deal in the Commons, proving the theory that relying on a party that believes the world is 4,000 years old and that gay marriage can cause bad weather is much more difficult than first assumed.

“What in the ever living fuck is going on?” shared one expert who has considerable knowledge of the unfolding events and all the key players.

All the contradictory and complimentary reports and leaks from Downing St, Brussels, Dublin and Belfast has rightly seen Brexit finally upgraded by all political rating agencies from a ‘Shitshow’ to an inglorious ‘Festival of Faeces’.

“‘Festival of Faeces’ is the most severe rating we have available. Strap yourselves in for more sour DUP faces, more all nighters in the Commons, more gormless racist Brexit voters being interviewed on TV. All that’s left to do now that there is a deal… is for it to be rejected by the Commons and we’re back to square one. There might even be time for Johnson to break the law a few more times”.

Consumer and market confidence in ‘thank fuck this is nearly all over’ initially rose after news of a deal broke, but once everyone caught sight of Arlene Foster’s joyless face it all came crashing down again.

Despite the premature celebrations, Noel Edmonds remains on standby in the Commons with the final Deal or No Deal box.