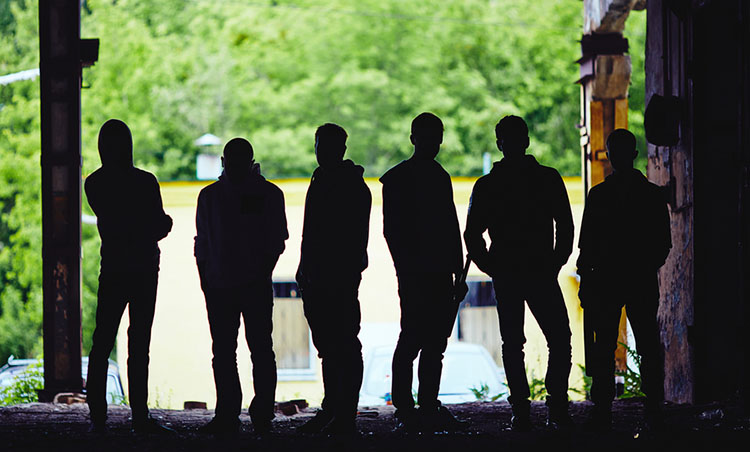 DUBLIN based career criminals have come out in force today to defend their good name and distance themselves from accusations that they accepted payments from ‘corrupt’ city councils and developers to protect sites from anti-social behaviour and theft.

“I couldn’t sleep a wink last night after I heard what they were saying about us,” said Dublin criminal Derek ‘The Strimmer’ Casey, who was worried about the allegations affecting his trade, “my people are good, ordinary decent criminals with traceable records stringing back decades; none of them would ever be associated with those shower of sick bastards,” adding, ” we’ve got standards here, people”.

With revelations emerging that Tánaiste Simon Coveney was made aware of extortion payments while he was Minister for Housing despite initially denying it, and that the practice seems to be common place right around the country, criminals have called on offending peers to cease all dealings with developers and council officials alike, before it affects business even further.

“I’ve had to swap suppliers even though I’m now paying a higher price for my gear,” one street dealer told WWN, who terminated a 5 year contract with a wholesaler who extorted money from a Dublin building contractor for protection.

“I’ve got a reputation to keep here and there is no way I could have that on my conscience. I’ve already lost 7 concerned addicts who won’t stick themselves with smack funded by the ‘developer’s coin'”.

Dublin criminals confirmed they are arranging for an independent investigation to be carried out into all aspects of its involvement in this matter, and that offending peers ‘will be dealt with internally’.