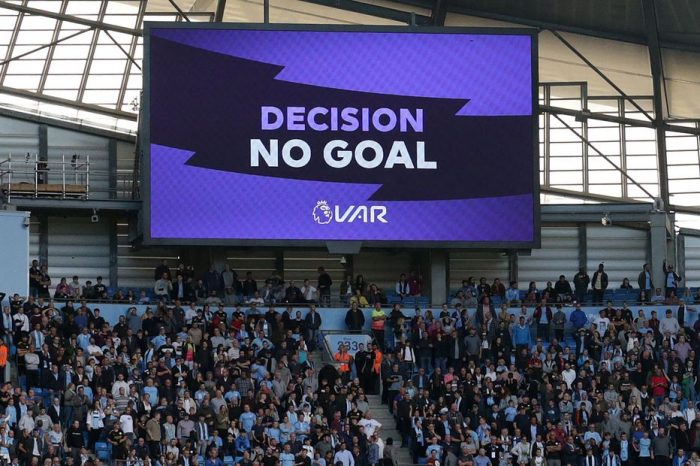 SPORTS fans are being urged to “pick a fucking lane” after bitter complaints that VAR is ruining games left and right, despite decades of calling for VAR to prevent games being ruined.

VAR, short for Video Assistant Referee, was brought in to combat close calls such as penalty decisions, red card calls and goal-mouth scrambles, and has succeeded in solving none of the post-match arguments it was intended to.

“As far back as the 1966 World Cup final, people have been asking for referees to consult replays before making game-changing decisions” said a spokesperson for football.

“Well, they have it now and they’re still a bunch of whining children. Here’s an idea lads; maybe your team isn’t that good. Maybe they really did drag a player down and get sent off. Maybe they were offside. Maybe they didn’t get the ball across the line even though it really looked like they did on TV. Maybe grow up. It’s football, not war. Jesus Christ, my fucking head. Sick of you cunts”.

Meanwhile, EA have announced that FIFA 20 will include a mini-game where fans bitch about VAR decisions for an hour after each match, to make the game as accurate as possible.