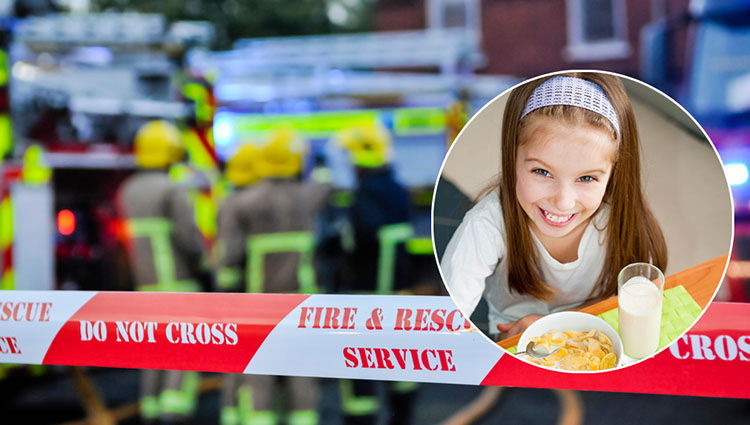 EMERGENCY services were called to a county Waterford home this morning after a child became trapped by thousands of cereal bowls in her own bedroom, WWN can confirm.

The alarm was raised at 8:25am by the child’s mother who told 999 that her 8-year-old was getting ready for school, but couldn’t open her door due to the amount of used cereal bowls jamming her door.

Rescue workers were forced to call on the local fire brigade to help cut out the young child from the box bedroom using a device known as the jaws of life, causing thousands of euros in damage to the family home.

“We’re just glad our little Jesica is okay,” mother, Caroline Walsh told WWN, “I was wondering where all the bloody bowls had gone, they don’t be long building up”.

Firemen spent some three hours trying to cut the child out of the mound of bowls, citing crusted old Coco Pops as the biggest obstacle.

“Once that stuff sets in, it’s like concrete,” fire officer Larry Keane explained. “We broke three jaws of life, but at least the poor little craytor is okay”.

Gardaí have called on parents to regularly check for cereal bowl congestion in problem areas like under the bed and to keep on top of basic household duties and to get children into the habit of bringing down their bowls when they’re finished using them.

“Yeah, best of luck with that one,” Officer Keane concluded.