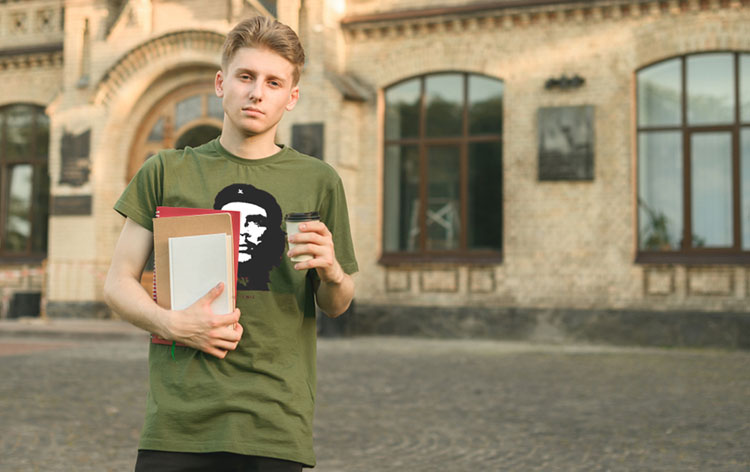 UCD student Trevor O’Brien is to spend the coming months learning off and adopting the key political ideology of Sinn Féin, in what many people presume is just a phase that every student goes through at some point.

“It used to be Labour in my day, but students are wise to them now. I was so far left I drove on the hard shoulder back in college, but once I started earning enough money to be taxed out the bollocks I switched to Fine Gael,” confirmed O’Brien’s mother Theresa.

O’Brien, who’s recent internet searches all seem to be inspired by Sinn Féin’s history and policy platforms with a heavy reliance on Wikipedia entries and old articles news articles dating as far back as 2014.

“It’s not a phase, I believe in investing in essential services, taxing the rich and the multinationals who are taking the Irish people for fools, all enabled by the Fine Gael Blueshirts who would be happy if Irish people never owned a home again,” O’Brien explained while erecting posters of the Irish border and Che Guevara on his bedroom wall.

His new found love of Sinn Féin’s political outlook has not extended to any gaudy ‘Éire’ back tattoos, but the possibility could not be ruled out.

“I won’t be part of the capitalist system that results in suffering and inequality,” added O’Brien, who we give until he finishes college and gets a postgraduate position before safely transitioning to a reluctant, conflicted and guilt ridden Fianna Fáil voter.