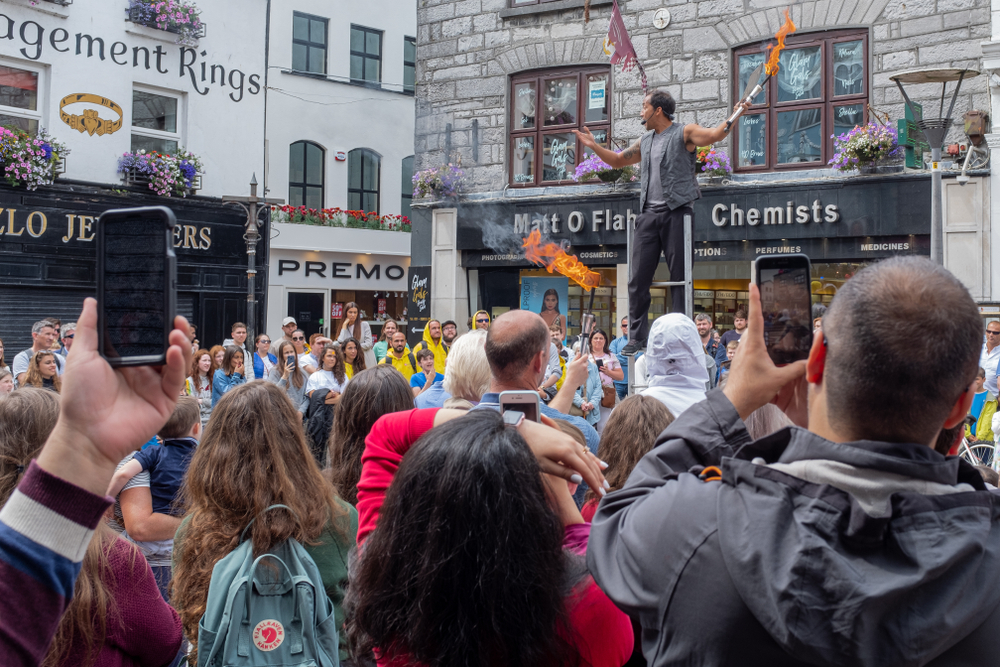 GALWAY City Council has come under fire this week over new busking bylaws which will see street performers regulated like they’re part of some kind of uniformed society that caters for and listens to all aspects of the local community, WWN has learned.

Hellbent on creating free flowing movement throughout the city centre, the Council will now dictate when and how buskers can perform on the city streets, with them going as far as to ban drum kits completely.

“Where am I supposed to burst people’s eardrums at 9 o’clock in the morning now?” unemployed drummer Martin Tobin asked, “am I supposed to set up my kit in the middle of a country field and hope the cows will give me hundreds of euros in undeclared tax free donations? These new rules are a complete joke”.

Citing ridiculous reasons such as noise pollution and blocking streets and shop entrances, the Council has been accused of trying to destroy a national platform which has launched stars such as Ed Sheeran.

“Okay, maybe Ed Sheeran is a bad example, but there are some great acts out there who wouldn’t be here today only for busking in Galway city,” protester of the new laws and bagpipist Rory McGlintoch, “who knows, I could have been the next biggest bagpipe act the world has ever seen, but now, thanks to these silly laws, no one will ever know or hear the music of my people”.

The new Galway City Council busking laws can be found in more detail below: