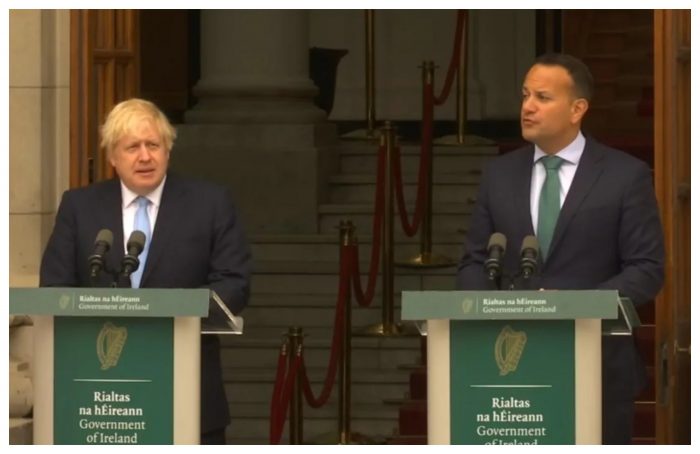 THE ALREADY insufferable Taoiseach Leo Varadkar has furthered strayed into the ‘can barely look at him without steam coming out of my ears’ category for many voters after basking in the afterglow of praise for his subtle yet barbed remarks to British PM Boris Johnson regarding the ancient Greek goddess Athena.

“Everyone loves me now,” Varadkar shared of the remarks he had no part in writing, showcasing his trademark ability to always misjudge the national mood.

As journalists frantically checked the Wikipedia entry for ‘Athena’ and circulated articles about the true meaning of Varadkar’s remarks to Johnson (Athena was famous for ensuring there was no hard border on the island of Ireland), the Taoiseach’s self-regard swelled to a near all-time high.

“God, they all love me, they really love me,” Varadkar added, as if the Irish public failed to notice his praise for Winston Churchill during the same remarks.

Experts in touch with the out of touch leader confirmed that the Athena remarks will forever remain central to the Taoiseach’s behind-closed-doors-to-business-leaders after dinner anecdote telling, which will remain light on anecdotes on record homeless figures, record trolley numbers and just about everything else that a leader is actually judged on.

Elsewhere, while the Taoiseach is getting a deep tissue ego massage from sections of the media at home and abroad the Irish public will be spending World Suicide Prevention Day wondering yet again where the fuck the government’s mental health policy is.