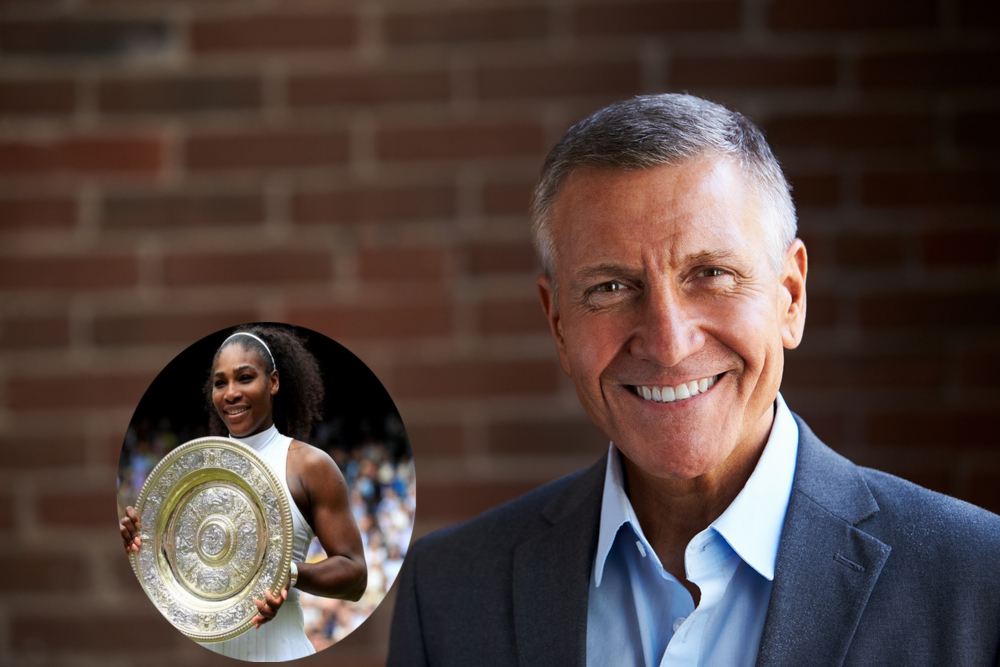 SHE’S one of tennis’s greatest ever superstars; of that, there is no question. But what many people won’t know, is the true identity of the man behind Serena Williams’s success, a man that WWN caught up with at the weekend.

58-year-old Herbert ‘Herb’ Brainerd may not seem like the kind of guy who would kickstart the career of a sporting legend, but that’s just what the Michigan native managed to do, putting Serena (and indeed her sister Venus) on the road to over twenty years of tennis dominance.

Brainerd, who lived beside the Williams family in Michigan in the early nineties, fondly remembers the times he would see Venus and Serena playing in the front yard, and cites his greetings of ‘keep up the tennis, girls!’ as a key component in their success.

“There’s nothing more motivating for a young athlete, particularly a female, particularly a person of colour, than the validation and encouragement of a random white person” beamed Brainerd, talking us through his hall of memorabilia.

“It’s statements like ‘Good shot!’ and ‘keep those balls out of my yard’ that made Serna Williams into the powerhouse that she is now, as I’m sure she didn’t want to do anything that would upset or annoy a man. Although neither of the sisters, and this stings, have ever acknowledged me or my existence, I know for a fact that without Herb Brainerd, there’d be no Williams’s Sisters names on any Grand Slam trophies”.

Herb was quick to acknowledge Williams’s defeat in this weekend’s US Open, stating that it was ‘nothing to do with him’, and most likely just a sign that Serena has lived away from Michigan for some time and forgotten everything old Herb had taught her.