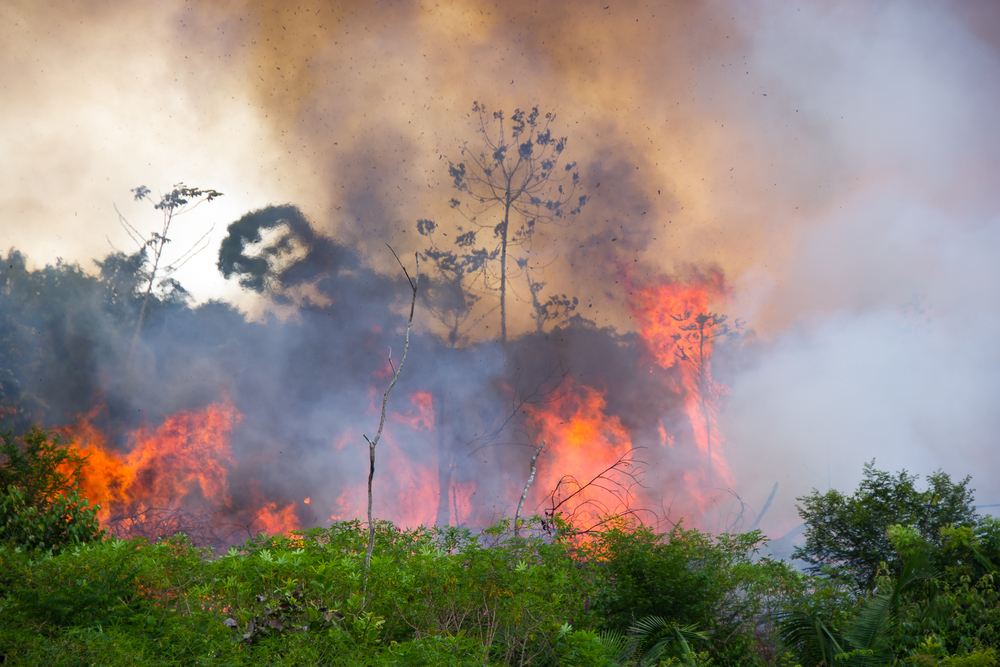 IN THE WAKE of Brazilian president Jair Bolsonaro rejecting G7 leaders’ offer to pledge $20 million to fight deliberately set fires raging in the Amazon rainforest, calls for more practical and harmonious solutions and collaborations to the current crisis have been made.

But what would such practical solutions to these fires look like under a Bolsonaro government? And how can the ecology, health and sustainability of the ‘world’s lungs’ AKA the Amazon rainforest be guaranteed?

WWN has crunched the numbers, consulted the experts and world leaders, tested the science and we are happy to provide some clear workable solutions:

Fit each and every tree on the planet with its own fire extinguisher. Failing that, install a sprinkler system covering the full 350 million hectares.

Increase and improve environmental education in school because it this large scale disaster and its inspeid response has thought us anything, it’s that children’s ignorance is to blame.

Have the EU sign more trade deals which will increase demand for Brazilian beef, potentially prompting farmers to burn forests down to make room for cattle.

Wait around for someone else to step in and do something about it. This seems to be the preferred option of all world leaders. Also, world leaders should not take an incident like this as the catalyst for a unified approach to pushing back against the potentially devastating effects of climate change.

Trawl through Twitter for suggestions from people who haven’t stopped using all the Amazon related trending hashtags.

Wait around for HBO to spark renewed interest in the Amazon through a Chernobyl-style doom laden yet riveting drama about how people failed to deal with the potential fallout from the catastrophe.

Give Johnson and Johnson the contract to lather trees in their Piz Buin aftersun cream to lessen the damage, after being fined €515 million for their part in fueling an opiod addiction in the US, it’s the least world leaders can do.

“If trees weren’t supposed to burn then God would have made them fireproof” – Donald Trump. A helpful observation and certainly food for thought.

“We have loads of trees in Greenland we can send to Brazil” – Donald Trump. Again, very helpful.

Wait for Ed Sheeran and a star-studded line up of today’s biggest artists to record a charity single ‘Save The Trees’ with the resulting disgust at the news forcing people to act swiftly to end the fires in a bid to stop the single with lyrics that include ‘from the ashes of the Amazon comes the people unified in song’ from ever having to come out.

Finally, don’t listen to experts or people who desire to preserve the longterm sustainability of the Amazon. What would they know.