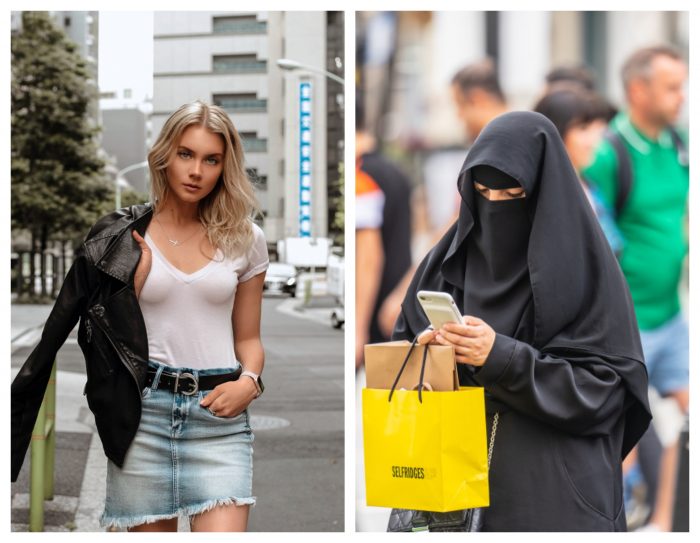 WOMEN and their clothing choices continue to be a bone of contention in Irish society, with fresh calls for regulation on the amount of fabric a woman should be wearing at any given time.

Although Ireland has always insisted that women dress appropriately by covering up their bodies as much as possible so as to not force men into sexually assaulting them, there have been recent calls for the banning of fabric-intensive clothing such as hijabs and burqas, muddying the waters as to what exactly is ‘right’ when it comes to women and their clothing.

In scenes similar to scantily clad women getting yelled at by members of the short-skirt regulation committee, burqa-clad women have been recently been the victims of attacks in the country, prompting concerns of mass fashion confusion among the public.

“There’s literally no other motivation to rush a woman and pull her burqa off, other than you just don’t like how covered up she is” stated a member of An Garda Fashioná.

“Oh, unless you’re racist, but we don’t have any of that in Ireland. So we need a governing body to clarify a middle ground between a slut and a… what are they calling them? No, I can’t read that out. A lady in a burqa, that’s better”.

There have also been calls for this governing body to be appropriately dressed, but not completely covered.