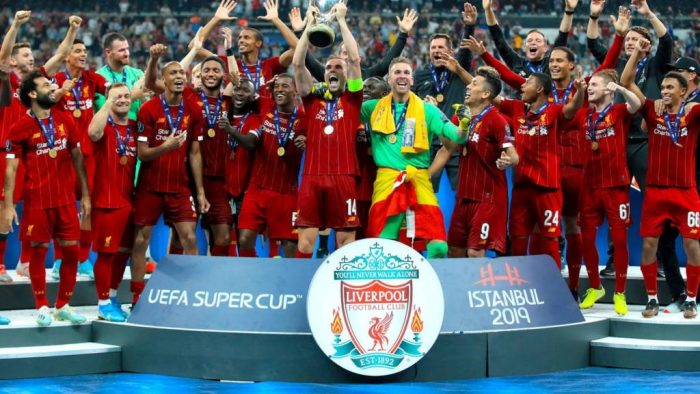 ERASING from his memory the countless times he called Liverpool’s Super Cup match against Chelsea ‘a meaningless friendly’, Reds fan Eoin Healy has now enthusiastically confirmed it is actually yet another historic night for the club.

“Always said this was a massive game for us,” confirmed Healy, who had prepared a ‘fuck it, it’s only a friendly. Pathetic that Chelsea are even celebrating’ text to fire into the football WhatsApp group in the event of Liverpool losing the penalty shoot out.

“This is the top of the game. In this competition you have to beat the best, who in this case is a team spanked 4-0 by a rubbish United team. This is big,” confirmed Healy, who just about stopped himself blurting out the words ‘probably bigger than the Champion’s League win, in a way’.

Healy was so insistent that the Super Cup was a ‘real trophy’ that his actions began to spark worry among his friends.

Concluding his uninterrupted 12-hour post match breakdown of how amazing it is to win the Super Cup, Healy confirmed he was open to completely changing his tune if his team, worn out from the game and travel, were to lose at the weekend to Southampton and hurt their chances in the Premier League.