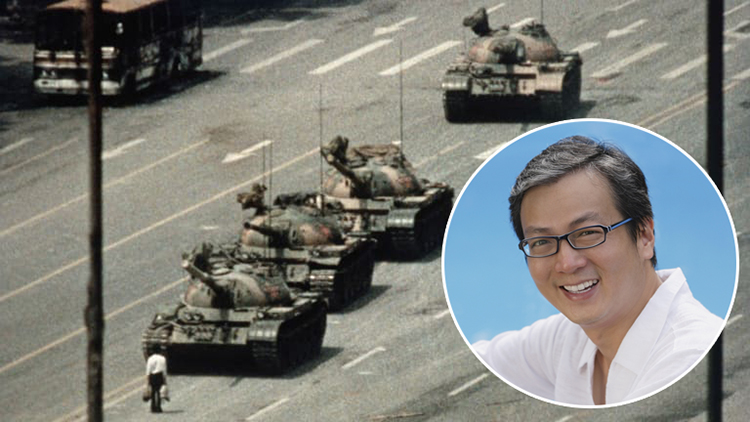 FOLLOWING a 30 year hiatus from protesting, Tiananmen Square’s infamous ‘Tank Man’ has arrived in Hong Kong in a bid to stop the Chinese military from crossing into Hong Kong.

Landing on a private jet with two shopping bags, Tank Man was greeted by thousands of fans cheering on the arrival of the lone protestor who famously stood in front of a column of tanks leaving Tiananmen Square on June 5, 1989, inadvertently creating one of the most iconic images of all time.

“They’re a little tattered now, but I brought the same shopping bags I used in Tiananmen Square,” he told awaiting reporters, while wearing his distinctive white shirt and black pants.

The protestor’s sudden reappearance comes after thousands of Chinese military personnel waving red flags paraded at a sports stadium in a city across the border from Hong Kong on Thursday, forcing Tank Man out of hiding and back into action.

“I was hungover that afternoon and went to the offy for cans, and on my way back I ended up cutting through Tiananmen Square when those tanks got in my way,” he recalled his previous encounter with the Chinese regime. “I had the right of way and there was no way I was moving. Like, fuck them, it was a pedestrianised zone, so they were totally in the wrong”.

Tank Man is expected to head out on the absolute rip tonight in Hong Kong before taking to the border tomorrow afternoon to stop the Chinese Military.

“I’ve got this, guys, so tell the international community not to bother chiming in, especially Trump” he insisted, before heading off to the nearest pub for a few.