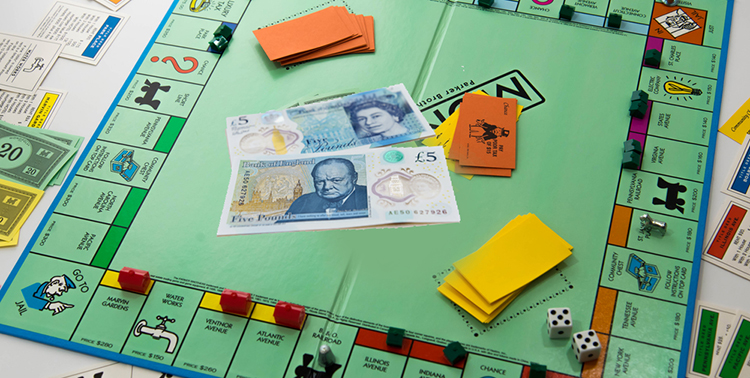 GLOBAL toy and boardgame manufacturer Hasbro has announced that all British Sterling can now be used on the company’s ever popular board game, Monopoly, WWN can confirm.

First launched in 1935, Monopoly has been using its own brand of currency for the past 84 years, but confirmed it will now allow Sterling due the similar value it holds in the financial world.

“Currently, Sterling is not as strong as the board game money but we will make allowances for our poor British neighbours,” a spokesman for Hasbro stated today.

The British Pound will join Venezuela’s dollar as the only two actual currencies that can be used on the fast-dealing property trading game, with sales of Monopoly quadrupling since the news.

However, the surge in sales of the board game are believed to be from desperate families hoping to use Monopoly money instead of their own devalued currency in a post-Brexit Britain.

“I thought I’d buy a few games and keep them for a rainy day,” one British father told WWN, “you know, just in case things really go further down hill here, if that’s even possible”.