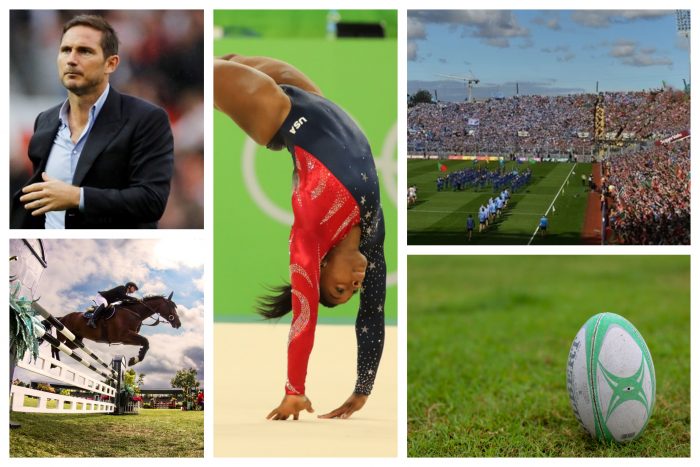 THE RETURN of the Premier League, the All-Ireland football semi-finals, rugby tests; the weekend had it all and WWN Sport is here with an essential recap of all the big incidents:

The Premier League was praised in England for giving people a brief 90 minute respite from the living nightmare that is Brexit and there were commanding wins for City and Liverpool for a change.

The stand out result of the weekend in the Premier League was Man United’s 4-0 win against Chelsea which was nearly as impressive and intimidating as Jose Mourinho burning a hole through Gary Neville’s pathetic non-manager skull in the Sky Sports studio.

United fans drooled over Harry Maguire’s commanding performance with his £85 million fee looking like a bargain thanks to sterling completely tanking in value.

According to reports from the English media VAR brought CONTROVERSIAL CONTROVERSY and DOMINATED Man City’s game versus West Ham sparking FIERCE DEBATE but once WWN placed the reports through a reverse hyperbole machine it turns out VAR simply worked effectively, ensuring legitimate goals stood in accordance with the current rules.

Newcomers Sheffield United started with 4 Irishmen in their line up meaning the club needs to be protected at all costs, and must be given the benefit of the doubt in all future refereeing decisions or else.

The GAA have angered fans after they confirmed they would not investigate how Dublin managed to get 15 steam rollers on the pitch for their second half performance/killing spree against Mayo.

Elsewhere the first 10 minutes of the Dubs second half performance has been voted no.1 scariest movie of all time on IMDB.

Rumours of Mickey Harte bringing an end to his tenure as Tyrone manager have been dismissed as he announced plans to tackle any rivals for his positions in much the same way the Chinese are currently putting down Hong Kong protesters.

With Kerry making the final, many pundits agree that this is the best possible line up in years for an All-Ireland final that Dublin will ultimately win.

On the Sunday Game Joe Brolly suggested the only way to stop Dublin was for the other 31 counties to combine to together like some sort of giant Transformer robot.

In rugby Ireland recorded a win against Italy but Joey Carbery’s injury could see further reliance on Jonathan Sexton which fans have been warned may mean even more excruciatingly awful Mace ads featuring the Leinster no.10.

While Ireland trudged through an uninspiring performance, their potential quarter final opponents South Africa clinched the Rugby Championship meaning sunshine supporters hoping to join the Ireland World Cup bandwagon in October would be advised to just enjoy the group games.

At RDS Horse Show posh people did weird posh people things and in a big departure from attitudes to the destruction of dogs by the greyhound racing industry, nobody seemed to give a shit about horses being mistreated and killed by the horse racing industry in Ireland.

US gymnast Simone Biles landed a gravity defying triple-twisting, double-flip as she claimed her 6th US women’s gymnastics title prompting overweight lads stuck on couches to state “well, yeah, anyone could do that if they’d been training everyday for their whole lives”.

There was probably some Formula 1 on too, we weren’t arsed checking.