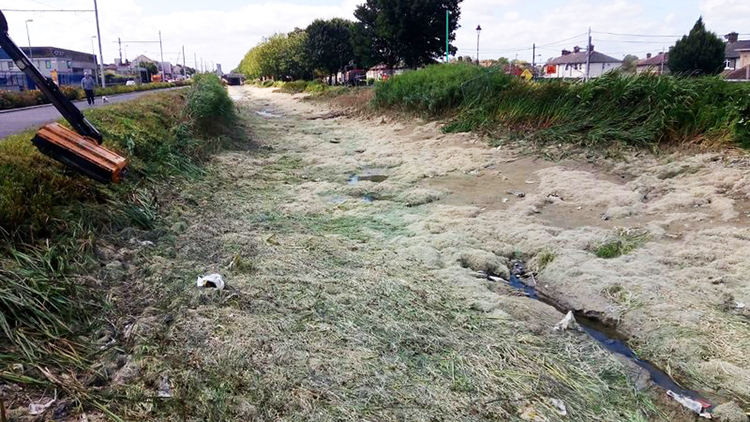 DUBLIN residents have admitted to being surpirsed at the serious lack of human remains being found following the collapse of a storm drain which left a section of the Grand Canal drained yesterday afternoon, WWN can confirm.

Not one single body part or weapon was to be seen on the now dried out canal bed, leading locals to believe the city is either losing touch with its old ways, or becoming more covert in its body disposal routines.

“If that was a few years ago now there would have been loads of lads found,” one disappointed resident complained, “it’s all bury them in the mountains this, feed them to the pigs that; crime gangs are just too sophisticated these days and no bit of craic in them at all”.

Hundreds of fish were recovered from the water in a salvage exercise by nosy locals hoping to find something a bit more gruesome.

“I spent the best part of four hours scouring the canal and all I found were a few lousy eels and some pikes,” another man from the area said, who was hoping to find a gun, or anything crime related he could show his friends later, but not the guards.

Despite the high level of gang murders across the city in the past 5 years, Dublin’s canals have seemingly lost their appeal among criminals as an edgy location for disposing bodies.

“Canals are so 90s,” a local hitman told WWN, “contracts have come a long way since then so we barely leave a trace anymore, but you can’t beat a good canal dump to get the heart racing all the same”.