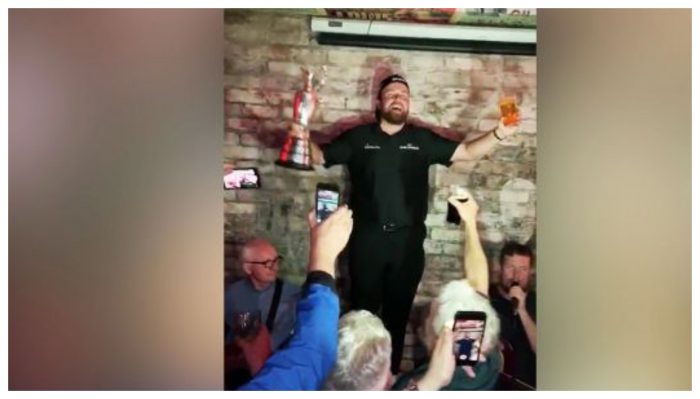 WHAT started out as ‘just the one’ in a pub on Dublin’s Capel St has escalated into a full blown session back in Lowry’s gaff in Clara in Offaly, WWN can reveal.

Local session WhatsApp groups were put on high alert as there is suggestions that this gaff would be going into the wee small hours and could last for upwards of a year.

“Only problem is someone is after necking all the brandy, there’s none left,” confirmed one session attendee, who was a beneficiary of the gaff’s ‘you can bring a mate if you want but no dickheads’ policy.

Sessioners have confirmed that there’s barely any room left in the gaff so if you’re thinking of coming along get over there as soon as possible.

“Ah it’s great craic. Some lad’s drinking Guinness straight out of this mad looking jug, I love Lane Sowry” confirmed minister Shane Ross as he stood awkwardly in the background trying to ease himself into group selfies.

Elsewhere, the Gardaí’s Anti Begrudgery Unit has raided the Waterford home of one Eileen Bidden, who remains the one and only Irish person yet to send her warm congratulations to Shane Lowry for winning the British Open.