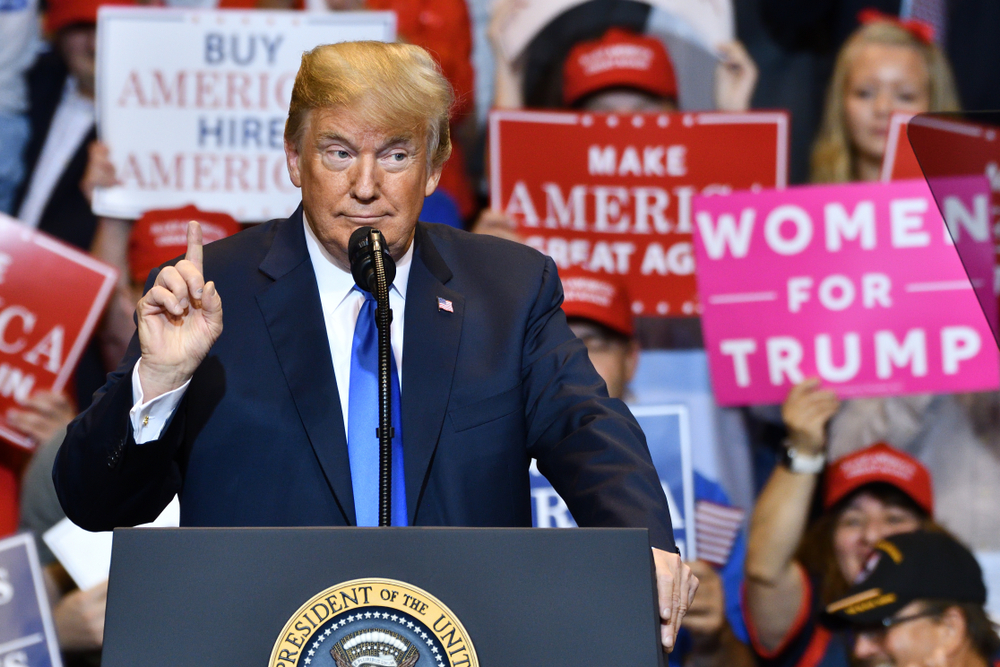 DELIGHTING in the fact that no matter how many times he repeats his predictable pattern of saying something utterly outrageous in a clear effort to shift the focus away from where he doesn’t want the media to focus, Donald Trump looked on as media outlets once again ate it all up and forced the wider public to consume his latest comments in all their distracting glory.

“Watch this,” remarked Trump just before he let out a volley of incendiary comments about rival politicians in a bid to keep people from focusing their attention on the children being kept in cages in detention centres and treated like vermin.

“Send her home. They hate America. They’re the biggest threat to America. Blah blah blah,” Trump said at his latest rally, referencing 4 Democratic congresswomen, utilising overtly racist rhetoric as the shiny distraction for the media to pour over and broadcast on a loop until Trump requires a fresh outburst to distract from his inhuman treatment of immigrant and refugee children.

“Sure report the comments, but you know you don’t have to live stream all his masturbatory rallies on repeat to your viewers and readers?” one consumer of American media said into the void.

While Trump and his handlers had hoped that by doubling, tripling and quadrupling down on his race-baiting comments about Ilhan Omar the inhumane conditions men, women and children are subjected to in immigrant detention centres would be kept out of the headlines, they admitted they didn’t think it would be this easy.

“Well, looks like this tried and tested method is for keeps,” remarked a Trump aide shortly before jotting down a fresh barrage of disgusting racist bile for Trump to say after hearing Robert Mueller is due to give evidence before Congress.