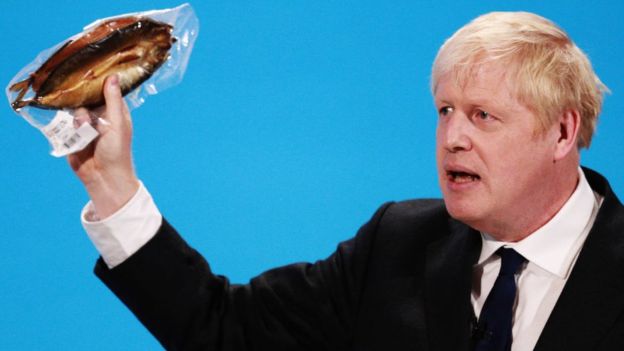 BORIS Johnson’s bid for prime minister of Britain has taken a turn for the better in the last 24 hours, after a groundswell of support from people who have finally accepted just how hilarious it would be to have him run the UK, even for a while.

Johnson’s popularity took a sharp uptick after a bizarre speech where the Conservative politician held up a kipper and began a poorly-researched and often dreamlike discussion on EU-imposed fishing rules, despite the fact that said rules are imposed by the UK.

The absurd scenario was enough to sway hundreds of thousand of Britons to the notion that Boris Johnson as PM is far too funny an opportunity to pass up, and that sometimes when it comes down to it, you just have to do what’s right for comedy.

“It’ll be like watching new Monty Python sketches, every second of the day,” said one new Johnson supporter.

“I was like the rest of us, I thought the notion of having that fucking space cadet as PM was horrific, unthinkable… but then when you actually think about it, you realise how gas it would all be. We’re never going to get the chance to have this again, and you’re telling me that my only other option is Jeremy fucking Hunt? I’m backing Boris, the big stupid cunt”.

Boris Johnson has attempted to welcome his new supporters in a speech, but accidentally called Kate Middleton “a blimmin’ great heifer” before falling over a rollerskate that someone had left on the ground.