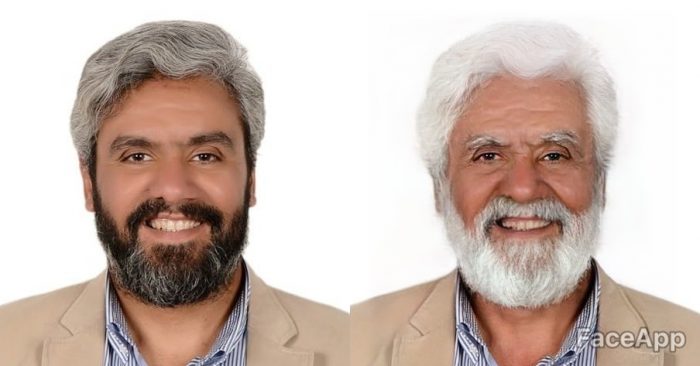 AN APP which uses peoples’ photos to artificially age them has proven to be a continued source of great enjoyment for users as well as a source of data harvesting, potential identify theft and general misuse by the application’s operators.

Like most apps FaceApp has extensive terms and conditions no one reads and could therefore conceivably be harvesting untold amounts of user data with an aim of selling it on and/or exploiting it for underhanded purposes in much the same way a firm like Cambridge Analytica has done previously.

“Ah g’way out of that, did you not see how gas Maureen on reception looked as an auld biddy. Wretched looking she was, haha. It’s just a bit of fun, lighten up,” shared one local man, speaking of the app developed by two Russian developers.

“Oh fuck I didn’t know that now,” added the man, weighing up whether to delete the app or to just continue breaking his shit laughing when encouraging everyone he knows to repeatedly use it.

FaceApp is just one of countless applications and websites that could be using personal information and peoples’ likeness in a manner that would horrify the average user, so says the head of Internet Users Advice Bureau, Anthony Smith.

“How many times do you lot have to go through this before you cop the fuck on?” a visibly tired and irritated Smith asked. “Every week it’s a new app fad, that isn’t GDPR compliant, that basically steals your information and you agree to letting them own your information e.g whatever the hell is on your phone. Fuck it, you’re on your own, I give up”.

UPDATE: FaceApp is a fierce bit of craic now in fairness.