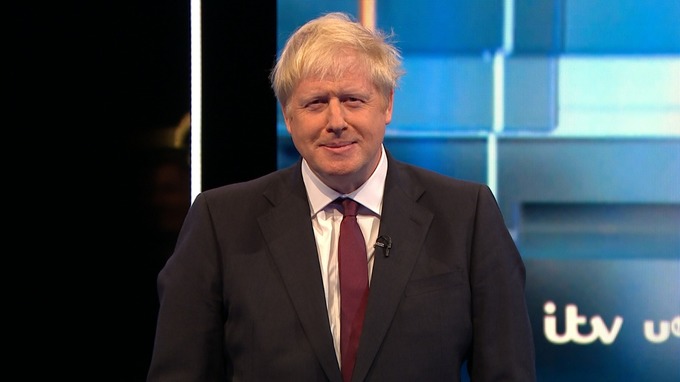 FURTHER exposure to Boris Johnson has left the British public rocking itself to sleep, its chattering jaw working overtime repeating the phrase ‘it’s just a dream, it’s just a dream’.

Curled up in the foetal position and wincing at recalling anything that emanated from Johnson’s mouth during his TV debate with Jeremy Hunt, a large chunk of the British public has left itself wondering how in the name of the Queen’s fanny have they managed to put themselves in this situation.

“None of this is real. Quick someone pinch me and I’ll wake up or failing that bash my skull in repeatedly – whatever it takes, just wake me up,” shared one Briton after being exposed to Boris Johnson’s lack of ability yet again being exposed in public.

“Sorry, I actually like this feeling,” countered another Briton who was idling in a tattoo parlour chair, waiting to get ‘Two World Wars, One World Cup’ tattooed on his forehead.

Johnson showcased his evasiveness and failure to provide concrete answers on anything the 0.2% of the British population that makes up the Conservative Party membership, however, he did impress them with his ability to be posh and white while mentioning how flawless the British Empire was every 3 seconds.

“You know those dreams when you’re in your house but it’s not actually your house. It’s like that, only it doesn’t look anything like your country but you realise this is your fucking country. Please, wake me up, please” another Britain shouted in vain towards the sky.