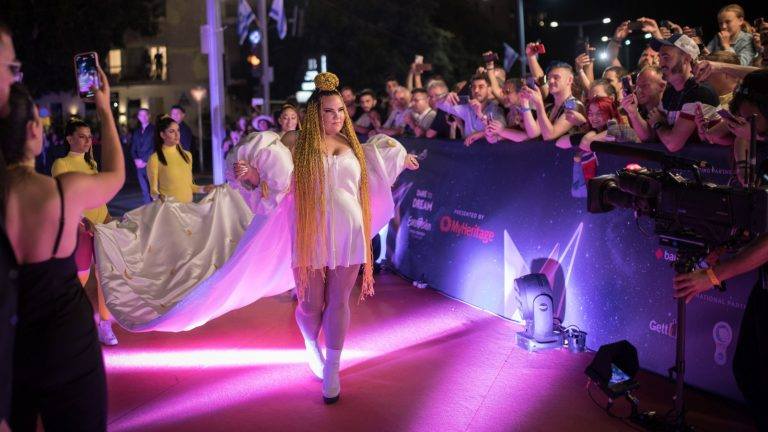 WWN ENTERTAINMENT is your one stop shop for all things Eurovision and we’re here to tell you if you were about to feel in any way conflicted about watching the joyously kitsch camp-fest because of Israel’s crimes in Palestine, then worry no more.

Innocent Palestinian women and children being murdered, bombed, maimed or whatever you’re having yourself by Israeli military forces, sure, you might think ‘maybe by watching the Eurovision I’m legitimising these things and giving the Israeli government a chance to whitewash their reputation with a song and dance show, which only enhances their economy’ but really, hold off on having a conscience until you hear about the fantastic acts you’d be missing out on.

The Glam! The sparkle! You’re probably won’t be thinking ‘do Israeli bombs sparkle when they indiscriminately rain down on libraries and hospital in the Gaza strip?’ when you get a listen of this pop gem!

Performer Bilal Hassani is just the latest example of how the Eurovision always moves with the times, amorally speaking, of course, as Hassani is a big YouTube celebrity. Wow!

His song ‘Roi’ is all about ‘acceptance and embracing change’, for example, accepting you don’t give a shit about Palestinians as their lives are changed forever.

Miki, Spain’s representative brings ‘La Venda’ to the Eurovision party, this song also preaches a message of embracing life to viewers and listeners. It could be the perfect soundtrack to you embracing just chilling out with a bottle of wine and watching D’Vision and not falling for this whole ‘Israel has committed war crimes in Palestine’ sob story.

Representing Italy is Mahmood, so you can’t say Israel is really all that bad; they’re permitting someone, who on the face of it sounds like he could be Muslim judging from his name, to perform.

If we haven’t convinced you that watching the Eurovision will feel guilt free I think it’s time we tell you Mahmood’s wrap includes the words ‘Jackie Chan’.

D-Moll are bringing serious 90s vibes to the table with their song Heaven giving us major nostalgia for a time when Israel were not caring much about Palestinians then either.

Ah c’mon the Darude. We rest our morally suspect case, this is going to be a cracker of a night, not even the ghosts of slaughtered innocents would argue with you over tuning into the Eurovision now. And the song is called ‘Look Away’. Need we add more? Happy watching!