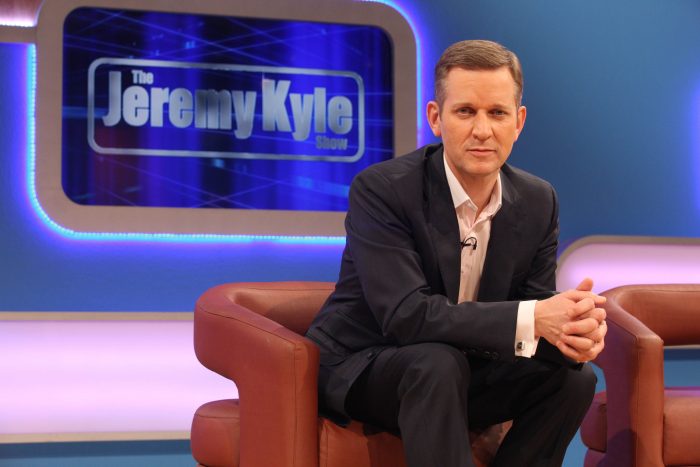 THE Jeremy Kyle Show was a lot of things to a lot of people. It was an easily-produced, inexpensive piece of television that drew large audiences. It was an easy way to feel good about yourself by sneering at the participants, a smorgasbord of usually working class people, offered the chance to be on TV in exchange for all the gory details of their love lives, family feuds and failings as human beings.

With the JK Show currently on hiatus due to what is being described by insiders as ‘technical difficulties’, here’s five more ways you can get your fix of feeling superior by sneering at people.

If you have a good time looking down at the participants on The Jeremy Kyle Show, then you are going to love some of the lot who show up in the early ‘audition’ stages of talent competitions. How do these people make it onto TV, is what we want to know. It’s almost as if producers know the allure of wanting to lord it over people who try and fail!

Turns out you don’t even need to attempt a talent to get sneered at on TV; just audition for a reality TV show and if you’ve got enough character flaws and dumb opinions, you’re almost certain to get picked. Just be yourself, and watch thousands of people tune in to rip you down. This might do a number on your self esteem, but we’re sure the producers of the show have checks in place to make sure your mental health doesn’t suffer from being ‘the nation’s idiot’. But hey, we’re just viewers – we don’t need to worry about shit like that.

In particular, celebs who used to be good looking but who are now fat. Or ugly. Or old. Or old and fat and ugly. Someone who’s ruined with plastic surgery works too. Please note; you can sneer at fat old ugly people in real life, too, but that might get you a name as, y’know, a prick. But if it’s someone on TV? work away. Hell, you can even mention them by name on Twitter when you’re talking about how shit they are. Fuck that, you can tag them, to make sure they can see it! What are they going to do about it?

For a minute there, we got so upset that Jeremy Kyle is off-air that we forgot the dozens of other shows just like it. Hell, you could spend a whole day watching nothing but studio-based exploitative ‘talk shows’ and never sneer at the same person twice. It’s a victimless crime! Well, apart from all the victims that is. But don’t dwell on that; here’s a guy interviewing a woman who slept with her boyfriend’s Dad while claiming benefits! Get the kettle on!